World Golf Awards to return to La Manga Club for 2018 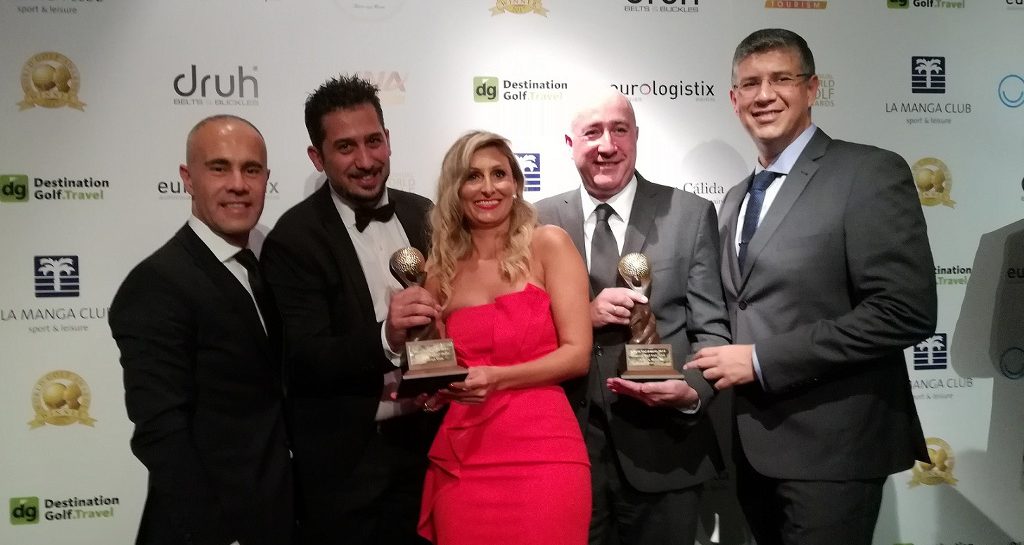 World Golf Awards has revealed that the five-star La Manga Club resort, an unrivalled sports and leisure paradise in south-east Spain, will host its Gala Ceremony 2018.

The most prestigious awards programme in the golf tourism industry will return to the famous venue in Murcia for the second consecutive year from 1-4 November 2018.

The highlight of the event will be the red-carpet World Golf Awards Gala Ceremony on Saturday 3 November, where golf tourism figureheads and market leaders from North America, Europe, Asia, Middle East, Africa, Central & South America and Australasia will gather together at La Manga Club’s Hotel Principe Felipe for the 2018 winners to be announced.

World Golf Awards managing director, Chris Frost, said: “It is an honour to be returning to the award-winning La Manga Club for our fifth gala ceremony. With every continent represented, the event is going to be truly global and we’re looking forward to having a weekend to remember at one of golf’s most iconic resorts.”

Featuring three 18-hole golf courses, a nine-hole academy course and outstanding practice facilities, La Manga Club has enjoyed a rich golfing history over the last four decades. Golfing legends Gary Player, Arnold Palmer and Seve Ballesteros all figure prominently in its past, while its array of other outstanding sports and leisure amenities, bars and restaurants has helped establish La Manga Club as a firm favourite with golfers worldwide.

The official overseas training base of the Lawn Tennis Association (LTA), the resort’s unrivalled facilities as a sports and leisure destination also include a 28-court tennis centre and a 2,000sqm Wellness Centre. In addition, La Manga Club features the choice of a five-star hotel, four-star serviced apartments and townhouses and more than 15 bars and restaurants.

Eduardo Ruiz, director of golf at La Manga Club, commented: “It was a tremendous privilege for La Manga Club to be chosen to host the 2017 World Golf Awards on our landmark 45th anniversary, and it’s very exciting that the event will be returning again in November.

“Last year’s show helped to create a huge buzz around the resort and capped another successful year for La Manga Club. The feedback we received from event delegates was second to none, and this is another great opportunity for us to demonstrate our world-class golf, sports and lifestyle facilities to a global industry audience.”

Voting for the World Golf Awards is now open and will conclude on 20 September 2018.