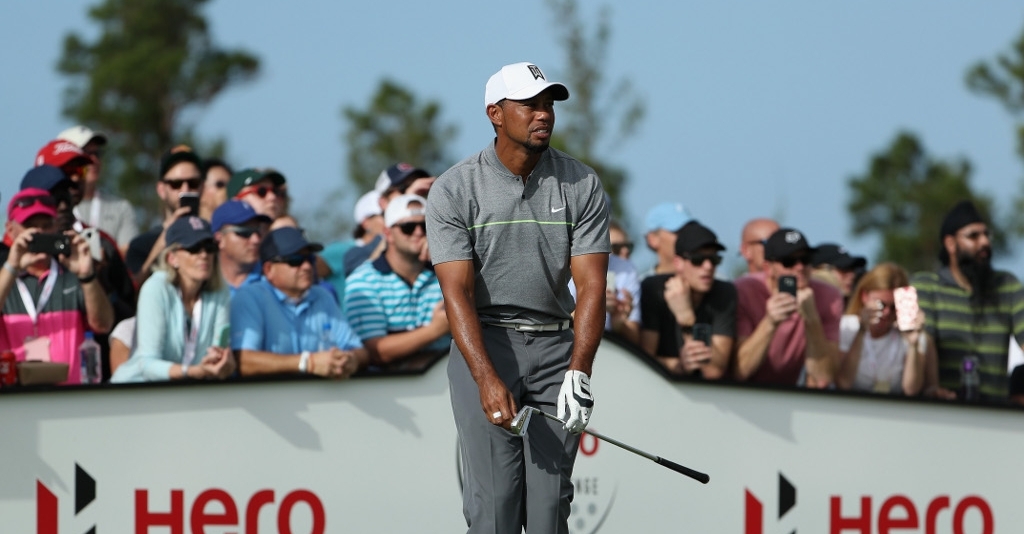 Tiger Woods will get back in the winning habit and triumph in a 2017 tournament, believes fellow professional and long-time friend Notah Begay III.

Woods made his return to the fairways at the Hero World Challenge in December after more than 14 months on the sidelines due to a problematic back injury.

The 41-year-old showed plenty of promising signs at the tournament in the Bahamas after registering a total of 24 birdies.

And Begay believes that once Woods is fully up to speed with competitive golf again, he will begin to thrive, with the former world number one pencilled in to feature at January’s Farmers Insurance Open and February’s PGA Tour’s Genesis Open.

"I don't think anybody in the inner circle, including Tiger, could have been happier,” said Begay.

“There was a lot of curiosity around what was going to happen, what his swing was going to look like, how his mind was going to adjust to the tournament environment because it's just so different, you can’t recreate that focus in practice.

“For him to go out and make more birdies than anybody else in the field after being on the shelf for 15 months was quite remarkable. He's seeing some definite returns on the time that he's put in with regard to his recovery.

“It's just a matter of getting some more tournament rounds. I'm not going to say it's going to happen early in the year but I think you should expect to see Tiger peak during the spring time."