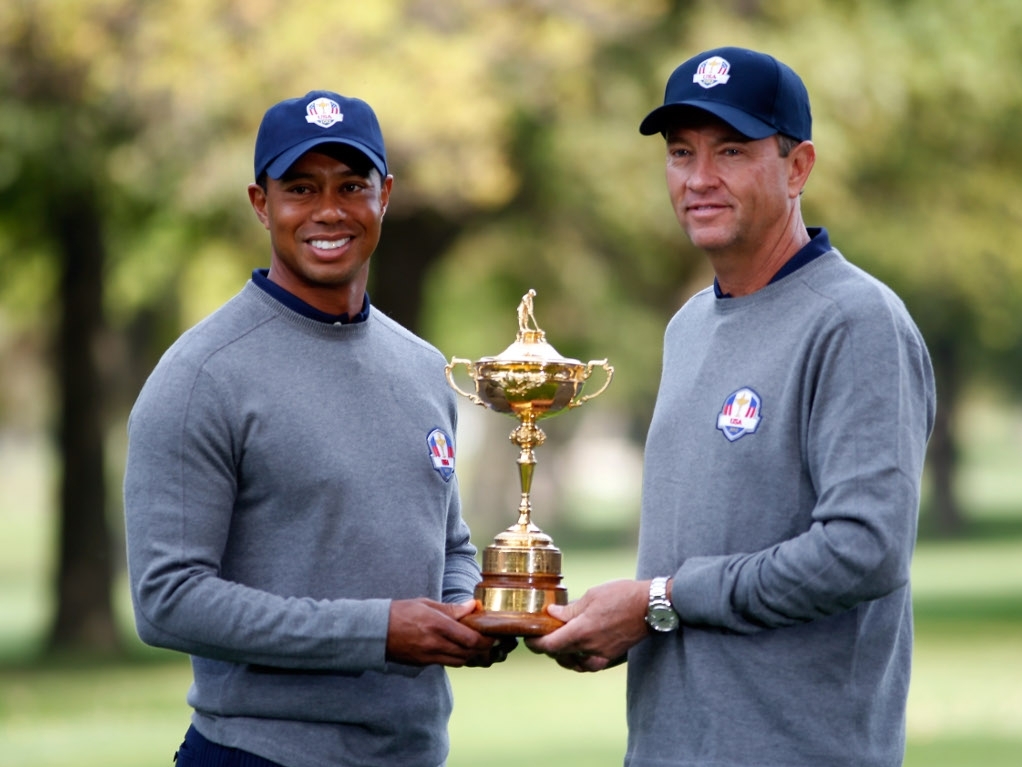 Tiger Woods has said that he would like to be one of Davis Love III's vice-captains at next year's Ryder Cup at Hazeltine National in Minneapolis, Minnesota.

The former world number one is currently languishing in 311th in the world rankings, and having recently undergone back surgery for a second time he is unlikely to play until early 2016.

With automatic qualification for the Ruder Cup team looking unlikely, and with Woods no longer an appealing captain's pick, the 39-year-old looks set to miss out on a spot on the roster – at least as a player.

Woods is said to have been following the progress of Jay Haas' team as they claimed the Presidents Cup title on Sunday when he first phoned Fred Couples, one of Haas' assistants, before chatting to Love himself about the possibility of being a vice-captain at next year's event.

"He [Woods] was watching at home and he just had to call," Love explained. "He was talking about all the things he thought we needed to do, and he had a lot of ideas. We're already doing a lot of planning for next year, and it's great. It's part of the whole process that started after Gleneagles. Everybody is thinking about it, which is great."

Love added that he would not be waiting to see if Woods' qualified before naming his assistants for the Ryder Cup, with Minneapolis native Tom Lehman the only man confirmed for the role thus far.

"But we're not waiting around for that," Love said of Woods' qualification hopes.

He added: "We've already been doing a lot of planning. And Tiger is just as interested as the rest of us to get going."