Woods upbeat after another top-five finish 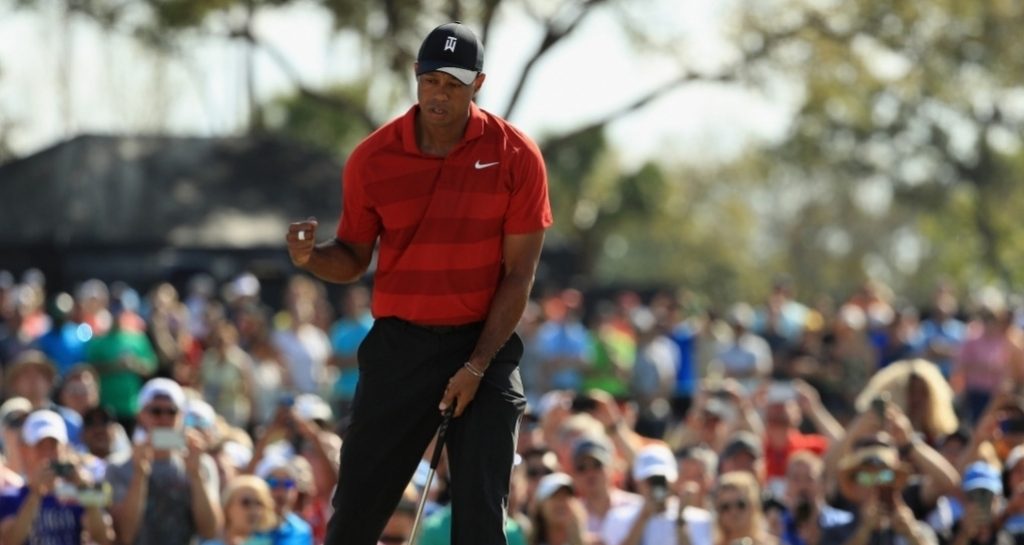 Rory McIlroy may have stolen the show at Bay Hill on Sunday, but Tiger Woods still had plenty to smile about.

Woods believes his game showed further signs of improvement, and after yet another consistent performance and a top-five result – just a week after finishing runner-up at the Valspar – even the toughest cynics must be starting to realise his comeback is the real deal.

10th consecutive round of par or better. 💪🐅 pic.twitter.com/BhJY3NkBxf

Woods was briefly on contention on Sunday thanks to three front-nine birdies before McIlroy produced that blistering finish to take it away from him. Two late bogeys would see him finish well off McIlroy's pace, but a final-round 69 was more than respectable – as was the fact that only four golfers in the field finished better off.

"If you would have asked me at the beginning of the year that I would have had a chance to win two golf tournaments, I would have taken that in a heartbeat," Woods said.

A vintage Sunday charge.@TigerWoods is 3 under thru four holes on the back nine. #QuickHits pic.twitter.com/0aePOvXVrC

"Even though I got up there (the leaderboard), I just knew I needed to keep making birdies. I figured I had to play the last three holes in 3-under to have a chance of probably forcing a play-off.

"I felt pretty good out there."

For the second week in a row @TigerWoods was in contention late on Sunday. pic.twitter.com/s396dtfes6

"I felt pretty good out there. I hit the ball probably a little bit better than I did last week. The greens were really smooth but really fast and I thought I really putted well this week."

Reflecting on the out-of-bounds tee shot that led to the first of two bogeys on the back nine, Woods said he was caught between shots and made the wrong decision.

"I was caught (between shots)," Woods added. "I didn't decide what I was going to do. If I hit driver I got to fit it, I've got to cut it in there.

It was a great two weeks of being in contention again. I feel like I'm getting a little better. Great playing by Rory today to win at the King's place. Arnie would have been proud of golf today and the charges!!!

“It was a great two weeks of being in contention again,” said Woods. “I feel like I’m getting a little better. Great playing by Rory today to win at the King’s place. Arnie would have been proud of golf today and the charges!!!”