Woods and Thomas back Koepka for PGA POTY 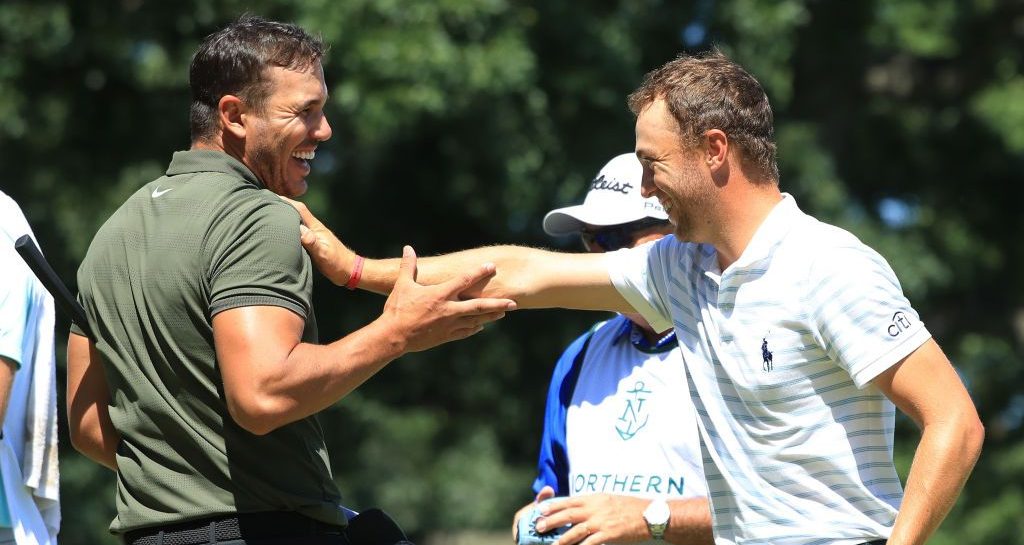 As the PGA Tour nears the end of the season, talk has begun to focus on who will win the coveted Player of the Year award.

With multiple three-time winners on the tour this year, think Bubba Watson, Justin Thomas, Dustin Johnson and Bryson DeChambeau, choosing the winner would be a tough call. Or so you think!

Not according to Tiger Woods, who made clear exactly who he thought should win the award even before the FedEx Cup Playoffs began last month.

“You win two majors, you’ve got it,” said Woods, referencing Koepka’s stellar year that saw him defend his US Open title in June before picking up the US PGA Championship just two months later.

“It’s not real complicated,” said Woods, an 11-time winner of the award.

Even though the PGA Tour only tweeted out the top-five contenders for the title on Tuesday, it seems like most of Koepka’s rivals for the award agree he’s the man.

And that includes last year’s winner Justin Thomas, who tweeted out his support in response to the nominations.

Give BK the trophy! #majorstrumpall