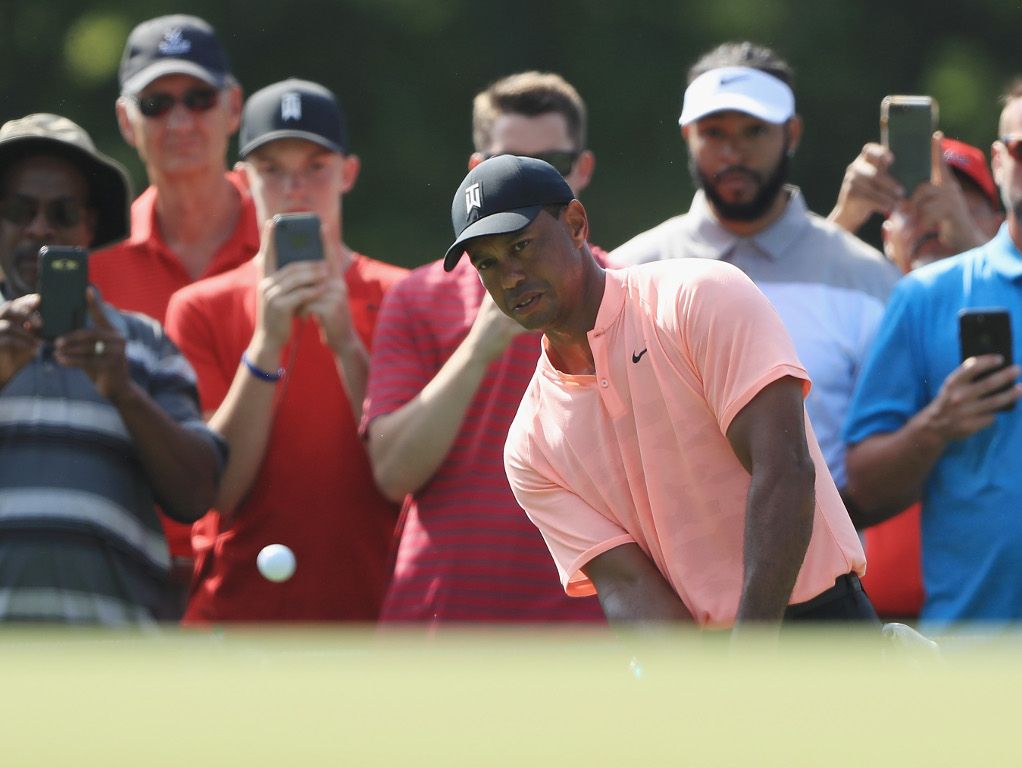 Tiger Woods is in the mix for the FedEx Cup title after a sold five under 65 around East lake on Thursday, and he’s ecstatic.

Despite the former world number one’s winless streak, Woods already considers his comeback season a success. With two runners-up and four other top ten finishes, it’s a fair point, even given his high standards.

So next on the comeback checklist is undoubtedly a victory, and what a better place to pull that off than at the PGA Tour finale TOUR Championship.

“It would just enhance the year,” said the 38-year-old of potentially grabbing the silverware on Sunday.

After opening with a bogey, Woods was almost risk-averse as he picked his way around East Lake, just giving himself enough of a sniff at gains. It paid off, as he drained four birdies and was on three under when he teed off on the par five 18th.

After drilling the ball 320 yards downhill, Woods hit a superb 5-wood that landed softly on the green, leaving him 28 feet for eagle. In vintage style, he curled the putt in and gave that iconic fist pump in celebration.

“Conditions were soft there,” continued Woods, who shares the lead with young-gun Rickie Fowler on five under.

“When I had some good looks, I went right after it, and otherwise I played pretty conservatively.”