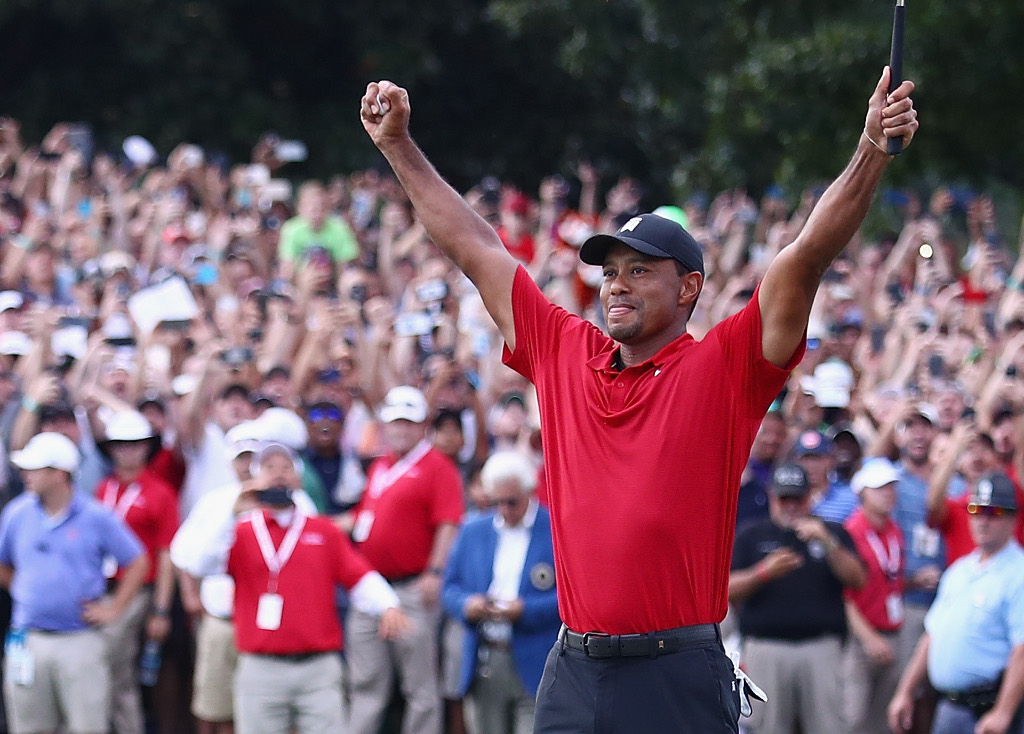 Tiger Woods claimed his first title in five years on Sunday at the season-ending Tour Championship with a two-shot victory at East Lake.

The 42-year old carded a one-over par 71 to seal victory and complete a remarkable comeback after several years of personal life and injury trouble.

The victory was Tiger’s third Tour Championship, his first title since the 2013 WGC-Bridgestone Invitational and also his 80th career PGA Tour title.

Number of wins for @TigerWoods:

It also takes him to within two wins of Sam Snead’s record of 82 titles.

World number one Justin Rose, meanwhile, won the FedEx Cup and the $10 million jackpot by a whisker after he finished tied for fourth following a 73.

Rose denied Woods what would have been a spectacular double with a birdie on the 18th hole.

.@JustinRose99 made his 299th birdie of the season on the 72nd hole to win the #FedExCup. pic.twitter.com/Yl3WOeaos2

Starting with a three-shot lead, Rose and Woods’ playing partner were expected to put some pressure on him, but their challenge never materialised as Rose went out in one over par, while McIlroy endured a horrendous front nine that saw him drop out of contention as he shot a four over 74 to finish tied for seventh spot.

It was left to Billy Horschel to put pressure on Woods as the American birdied the 12th,15th and 18th to shoot a 66 and set the clubhouse lead at nine under.

After a one-under par front nine, Woods began to drop shots coming home with bogeys on 10, 15 and 16 as his five shot lead was reduced to two before the 14-time major winner steadied the ship to finish par, par and clinch an emotional win.

“I can’t believe I pulled this off after what the season has gone through,” said a tearful Woods afterwards.

“It’s been tough, I have had a not so easy last couple of years and I have worked my way back.

“I couldn’t have done it without the people around me. It was very special to see those people there.”

From @TigerWoods to his fans …

"I couldn't have done it without you."