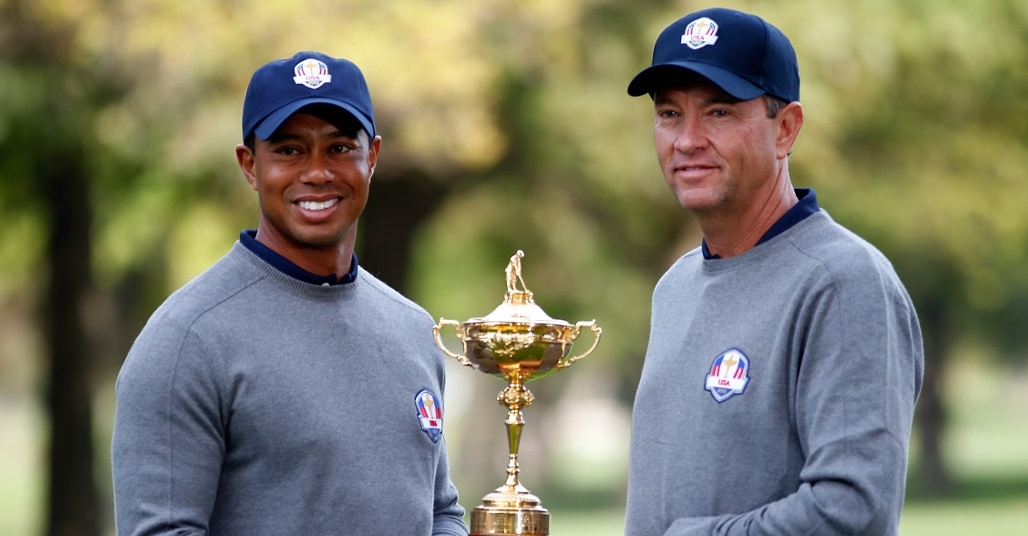 American Ryder Cup captain Davis Love III has revealed that Tiger Woods will be largely in charge of tactics for the US team at this year's event.

The 14-time major winner has been appointed as one of the team's three vice-captains and has spent his time on the sidelines plotting how best to ensure the Americans walk away with the Ryder Cup for the first time since 2008.

Woods, whose ranking has dropped to 647th in the world, has missed each of this year's majors while recuperating from multiple back operations in recent times.

"He's been texting me some pairings and some groupings," Love III said.

"He's put a lot of thought into it and he's kind of our tactician.

"He's probably one of the most prepared guys when he shows up at a golf tournament. He's already picked his four wildcards.

From an American perspective, the team virtually picks itself.

Darren Clarke, the European captain, will name his three wildcard picks in late August, while Love III will follow suit at the start of next month.

Any of Bubba Watson, Patrick Reed, Matt Kuchar and Rickie Fowler could make the selection, while the likes of Lee Westwood and Martin Kaymer could come into play for the European team.

This year's Ryder Cup will be played at Hazeltine National Golf Club in Minnesota from September 30 to October 2.