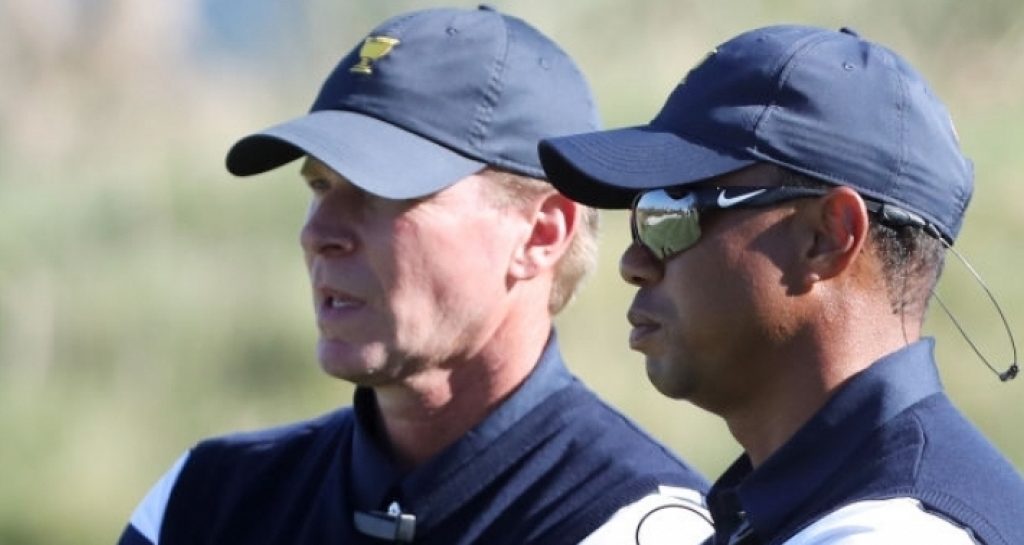 Tiger Woods and Steve Stricker have been named as vice-captains for the 2018 Ryder Cup at Le Golf National.

US captain Jim Furyk added the duo’s names to that of Davis Love III as part of his team as the USA attempt to defend the trophy and win for the first time on European soil since 1993.

It will mark Woods’s second appearance as a vice-captain, as he also held the position during the USA's 17-11 win at Hazeltine in 2016.

It will be Stricker’s third consecutive Ryder Cup as a vice-captain.

"I am thrilled to once again serve as a Ryder Cup vice-captain and I thank Jim for his confidence, friendship and support," Woods said.

"My goal is to make the team, but whatever happens over the course of this season, I will continue to do what I can to help us keep the Cup. I'm excited about the challenge ahead."

More vice-captains will be named at a later date for the biennial contest, which takes place between September 28 and 30.

Commenting on the appointment, Furyk said: "To win in Paris will be a great challenge, and to have Steve and Tiger share in the journey is important for me and for American golf."

"The deep appreciation they both have for competition, the concept of team, and the Ryder Cup is infectious. Their knowledge and experience will be an invaluable resource in our effort to retain the Ryder Cup."

Woods has appeared seven times as a player in the Ryder Cup, his last at Medinah in 2012, while Stricker made three consecutive Ryder Cup appearances for the USA starting in 2008.