Tiger Woods ‘proud’ to make it to Atlanta 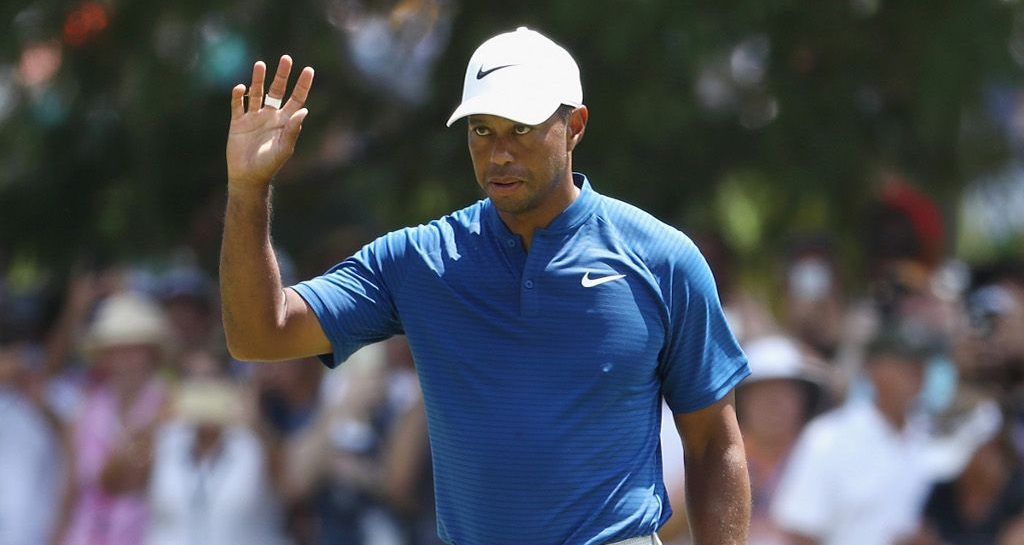 Tiger Woods said he is “very proud” of his achievement this season as he prepares for his first Tour Championship appearance in five years.

Woods returned to the Tour in January after successful surgery on his spine following four injury ravaged years.

The 42-year-old has been mightily impressive, racking up six top-10 finishes that included runners-up finishes at the Valspar Championship and the PGA Championship.

He was also in contention during the final round of The Open in July.

Woods finished the recent BMW Championship tied for sixth place to secure place at East Lake for the first time since 2013, and said this season has been an unqualified success despite not managing a win.

“The season itself has been amazing. To be able to play this well and to come back from where I’ve come back and to get here has been a pretty tall order and something I’m proud of,” said Woods. He will tee off tomorrow at 12:30 p.m. ET. – TGR
https://t.co/ADh4o3ehzk

“I think the season itself has been amazing,” he said. “To be able to have played this well after coming off of what I came off of. I didn’t know how many tournaments I’d play in, and next thing you know, here I am in the Tour Championship.

“There’s some guys that can’t say they’ve accomplished that, have got into the Tour Championship, but to have come back from where I’ve come back from and to get here has been a pretty tall order and something I’m proud of.”

Asked about his targets for this season, Woods replied: “Put it this way, I’ve exceeded most of them. The beginning of the year was such an unknown, I didn’t know if I would be able to make it to Florida and to play the Florida Swing.

“I said, ‘let’s just start out at Torrey and see how it goes’. Then I added Tampa in there because I missed the cut in LA. And just to have that opportunity to be able to add a tournament, I thought I was going to be taking tournaments away.

Looking forward to returning to East Lake this week. I’ll be teeing it up with the @bridgestonegolf #TOURBXS, the ball that best fits my game. #1BallFitterInGolf pic.twitter.com/cxN9W9jnEs

“But to have added a couple and to have earned my way into Akron, those are some things that, when I look at this year more, I’ve exceeded a lot of my expectations and goals because so much of it was an unknown.”

Last time he appeared in Atlanta, Woods was world No 1 after winning five titles in 2013.

This time, however, he is ranked 21st, having recovered from a low of 1,193rd during his injury hell.

“There are no exemptions into this event. Either you get here or you don’t. It’s a very hard line. I haven’t done that in a number of years, and to have done it is something that I’m very proud of.”