Woods on Sam Snead record: I’ll get it done 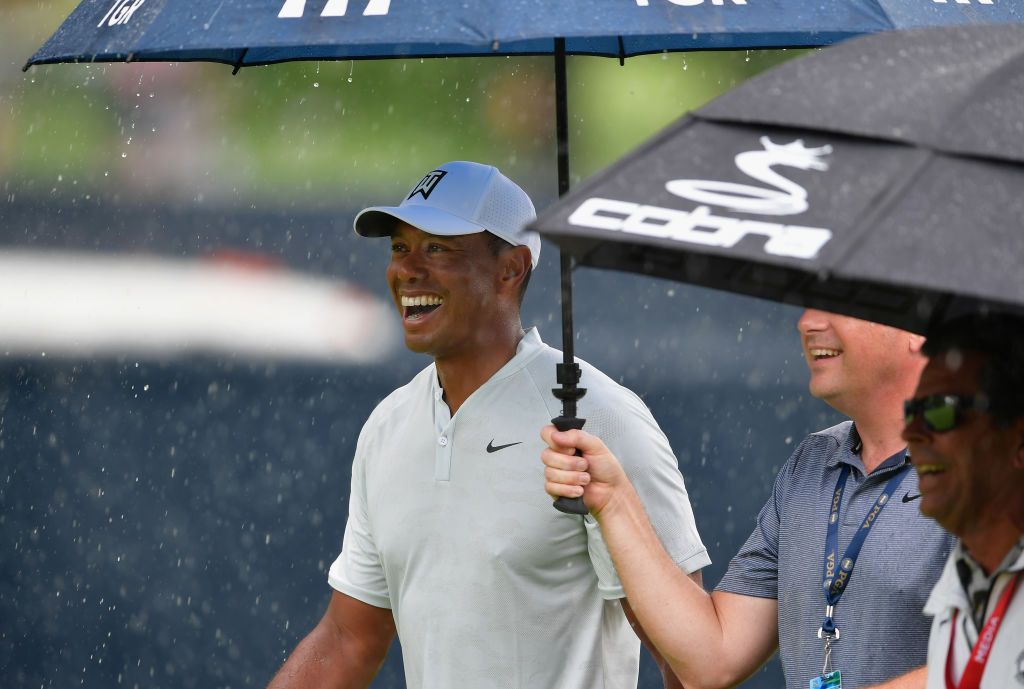 Tiger Woods revealed a couple of long-standing records are firmly in his sights after enjoying a number of impressive results this year.

The former world number one was ranked outside top 600 but two runners-up and three other top ten finishes have seen him rocket up to 26th.

Woods is coming off a confidence building PGA Championship, where a sizzling final round of 64 saw him in contention for the Wanamaker Trophy, though he would have to settle for solo second behind a superlative Brooks Koepka.

‪I can’t thank the fans in St. Louis enough for packing the course all week and for their enthusiasm and support. It meant so much to me.‬

Nonetheless, Woods feels that his first win since 2013 is around the corner, which would put him just two away from equalling Sam Snead’s long-standing PGA Tour record of 82 victories.

Beyond that, the 14-time major winner has some work to do to catch up to Jack Nicklaus’ 18 major titles.

“I’m close, I have been close to winning tournaments this year,” the 42-year-old told CNN.

“I think if I keep giving myself opportunities, I’ll get the job done. I feel like my next wins are coming soon. How soon I don’t know but I’m putting myself there in tournaments now.

“I’ve done it two of the last three tournaments I’ve played and they were big events, so I’m not that far away from getting it done. In order to get to Jack’s record, I have to pass Snead’s record; it’s just simple math and I want to make that happen.”

Woods is set to tee off at the Northern Trust Open in New Jersey on Thursday, the start of the FedEx Cup Playoffs.