Woods: No timetable on comeback 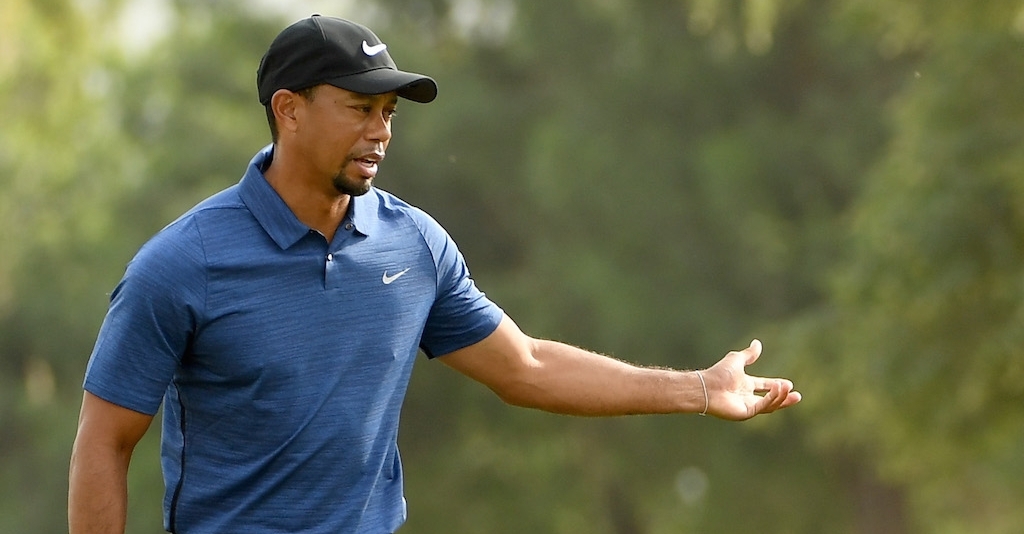 Tiger Woods remains unable to set a timetable on his return from injury after pulling out of next week’s Arnold Palmer Invitational.

Woods withdrew from the action at last month’s Dubai Desert Classic after suffering a recurrence of the back issues which had kept him on the treatment table for 14 months.

The 41-year-old was due to compete at the Arnold Palmer, in Florida, next week, but the American has released a statement confirming he won’t feature in a tournament he has won eight times.

That will only heighten doubts over whether Woods will be able to compete in April’s Masters.

"Unfortunately, due to ongoing rest and rehabilitation on my back, I won't be able to play in this year's Arnold Palmer Invitational,” he said.

“I'm especially disappointed because I wanted to be at Bay Hill to help honor Arnold. This is one event I didn't want to skip.

“Arnold has meant so much to me and my family; I thought of him as a close friend, and Sam and Charlie were both born in the Winnie Palmer Hospital for Women & Babies. He will be greatly missed and can never truly be replaced.

"Presently, I have no timetable for my return to golf, but my treatments are continuing and going well."