Woods and Mickelson to duel in $9 million shootout 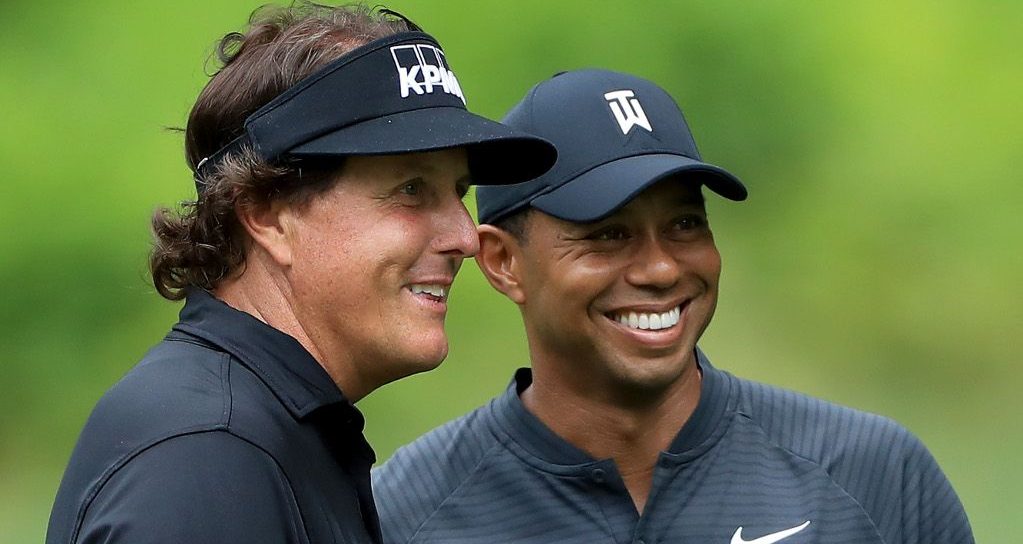 Tiger Woods has confirmed he and Phil Mickelson will go head to head in a $9m event in Las Vegas over Thanksgiving weekend.

No details have been provided about the event, dubbed ‘The Match’, posted on Woods’ Twitter on Wednesday.

Reports suggest it will take place at the Shadow Creek Golf Course.

Woods and Mickelson, the two richest and most decorated golfers of  recent years, rank first and second on the career money list. Woods has won 14 major titles and 79 tournaments, while Mickelson has five majors and 42 tour wins.

The possibility of a showdown between the duo has been rumoured since May’s Players Championship when they were played the first two rounds at Sawgrass together.

Mickelson, who only joined Twitter on Wednesday, replied to Woods’ post, saying: “I bet you think this is the easiest $9m you will ever make”.

Woods responded: “Think you will earn some bragging rights?”, while Mickelson fired back: “let’s do this”.

The duel would mark a remarkable comeback for Woods, who admitted on Wednesday that he thought his golf career was over last year in the midst of severe back problems.

His comments came after Nick Faldo recently spoke about how he’d overheard Woods saying “I won’t play golf again” at the annual Masters champions dinner at Augusta in 2017.

“At that time, I was done,” Woods told ESPN. “I didn’t know what I was going to be doing. I had no golf in my future at that time. I couldn’t walk. I couldn’t sit.”