Woods: I may never compete again 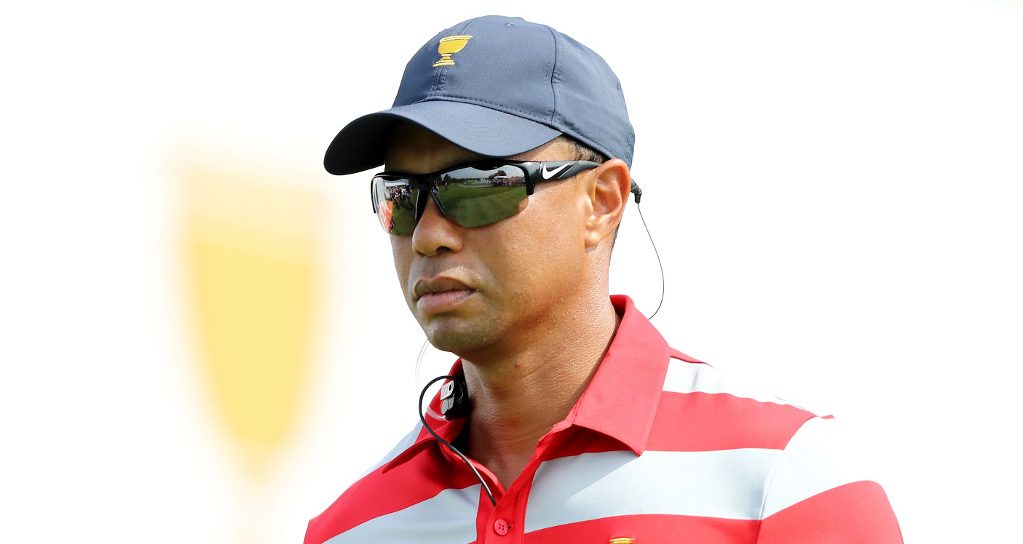 The 41-year-old admitted that his back pain was so bad that his role as a captain’s assistant at this week’s Presidents Cup had even been in doubt because riding in a golf buggy “hurt too much”.

Woods has had several operations on his back in the last few years and withdrew from his last tournament in January citing back spasms.

“I don’t know what my future holds,” he said.

Woods told reporters last week that he had no date for a return to competition.

Asked if there was chance he may never compete again, he said: “Yeah, definitely.

“That’s going to take time to figure out what my capabilities are going forward – and there’s no rush.”

Dr. gave me the ok to start pitching pic.twitter.com/tboq1L3Xdn

Woods is at the Presidents Cup this week as an assistant to captain Steve Stricker, along with Fred Couples, Davis Love and Jim Furyk.

But even that was in doubt earlier this year as the pain in his back was too much.

“I didn’t know if I was going to be able to be here, because I couldn’t ride in a cart,” he said. “The bouncing hurt too much.

“That’s all gone now, which is fantastic.

“I’m still training, I’m getting stronger. But I certainly don’t have my golf muscles trained because obviously I’m not doing anything golf related.”

Woods’ most recent operation was in April following his withdrawal from the Dubai Desert Classic in January.

He was arrested in May for DUI near his Florida home. Toxicology reports showed a number of prescription drugs and painkillers in his system.