Woods feeling ‘revved up’ after round one at Valspar 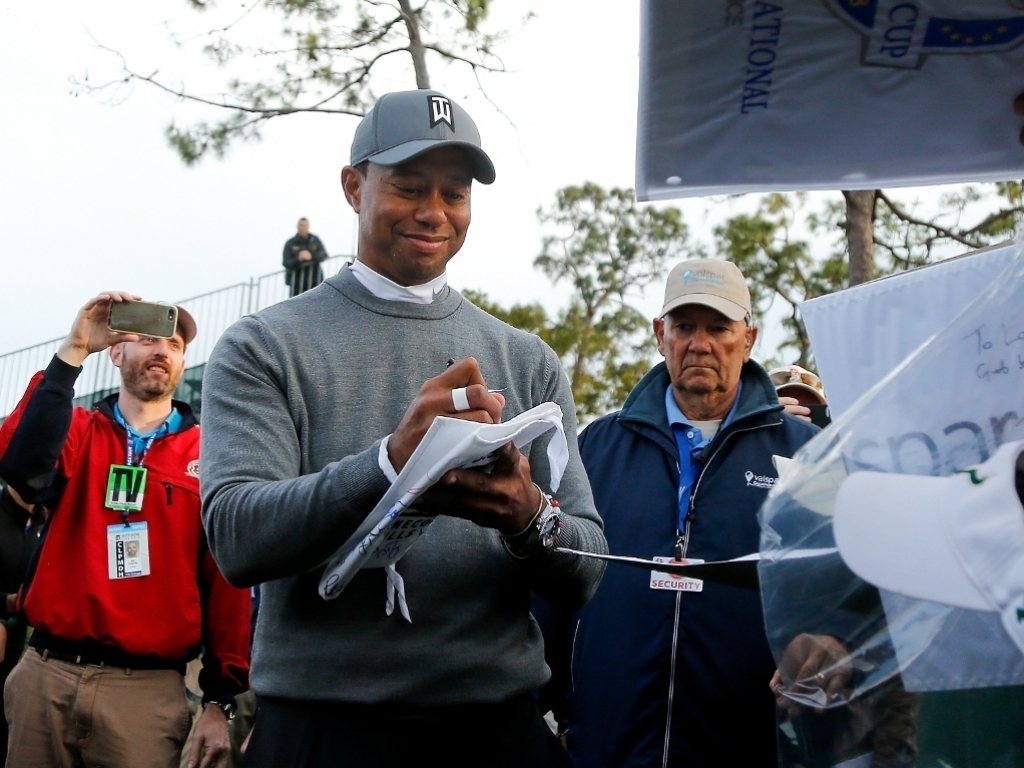 Tiger Woods admits the juices are flowing and he's once again feeling that old competitive drive.

Woods opened with an impressive – if somewhat erratic – one-under-par 70 to lie tied-eighth after the opening round of the Valspar Championship.

It was an up-and-down day to be sure, with Woods mixing five birdies with four bogeys, but considering how tough Innisbrook was playing, it's fair to say this was the former World No 1's toughest test to date since his return, and that he passed it with flying colours.

Consider that Woods was playing alongside major champions Jordan Spieth and Henrik Stenson and comfortably outscored them both. Stenson had a three-over 74, while Spieth fared even worse with a 76.

The club twirl should have given it away. 🐅

To lie just three shots off the lead was a more than respectable return for Woods, and he admits he's really starting to enjoy himself out there again.

"The [juices] are flowing. I'm revved up. I love competition," he said after the round.

"I have a great pairing this week. Jordan [Spieth] and Henrik [Stenson] are two great guys. Very competitive. Have had great years.

.@TigerWoods speaks to the media after finishing Round 1 @ValsparChamp T8. https://t.co/SwVZoRUryC

"I enjoy when par is a good score, it's a reward. There are some tournaments when [after] about four holes you don't make a birdie and you feel like you're behind.

"Today, made a couple of birdies, all of a sudden that puts me fourth, fifth right away. That's how hard it is.

"It's the reward to go out there and make a couple birdies here and there and I like that type of challenge.

"I feel like I'm pleased with every aspect of my game," he added. "I drove it well, I hit a lot of good iron shots today and had some good speed on the putts. I thought I really did well today overall."

Woods survived one particularly nervy moment when his tee shot on the par-four 16th ended up in front of a tree.

Inside the gallery of one INCREDIBLE shot. 👀😱 pic.twitter.com/wzcfYWSEcn

It made for an awkward stance to say the least and Woods would make contact with the tree as he made his escape, but luckily there was no serious injury.

"It didn't feel very good," Woods said. "I moved all the people and even warned them in case the club breaks and gets over there."