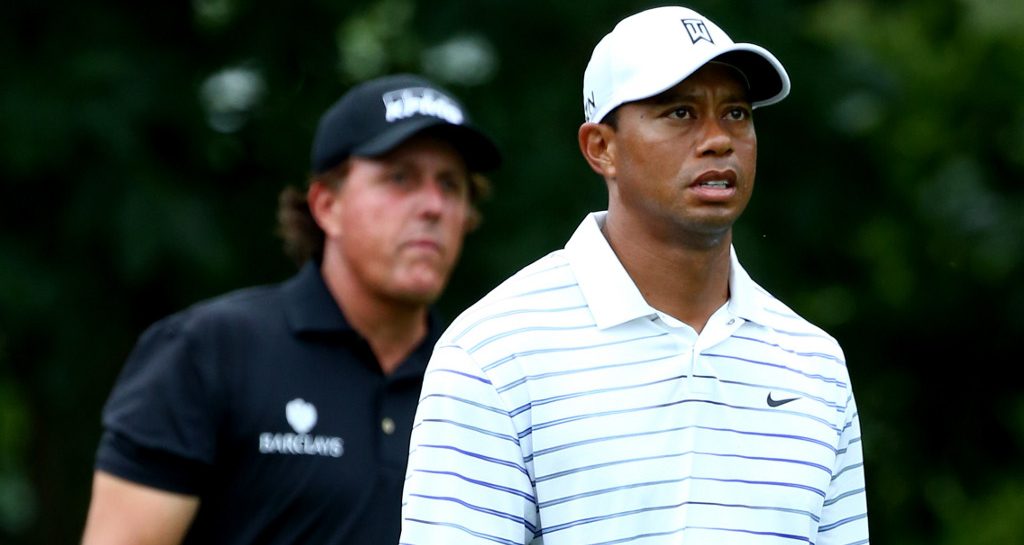 Tiger Woods has warned young pretenders Jordan Spieth and Justin Thomas that golf’s veterans shouldn’t be written off ahead of next month’s Masters.

Speaking at the Valspar Championship, where he is continuing his comeback following several rounds of back surgery, Woods pointed to Phil Mickelson’s playoff win over Justin Thomas at last week’s World Golf Championship in Mexico of evidence that experience can also be important.

“I thought it was great. He’s been playing well. I mean he played well at the end of last year and got off to a great start this year. He’s been in contention a few times,” Woods said of his 47-year-old rival.

Woods has been hitting the gym in order to increase his strength after finishing in a tie for 12th at the Honda Classic two weeks ago, and said he is happy with his progress.

“I know people are saying that I’ve been erratic, a little inconsistent. But 10 rounds, it’s not that many.”

The 14-time major winner said he is planning a pre-tournament trip to Augusta ahead of next month’s Masters, which will be his first appearance in a major since 2015.

“I just want to keep progressing. Making small changes, small tweaks. I was able to do it the last tournament I played in and hopefully I can make a few small tweaks this week,” Woods said.

He added that Augusta is often a place where experience counts and this year would be no different.

“Jordan (Spieth) has always played well. (But) I’m not going to put it out of the realm if Freddie (Couples) feels good, he’s still in the mix. Bernhard (Langer) is still in the mix. Phil, myself, Bubba, a few others … we know how to play the golf course. It fits us,” said Woods.