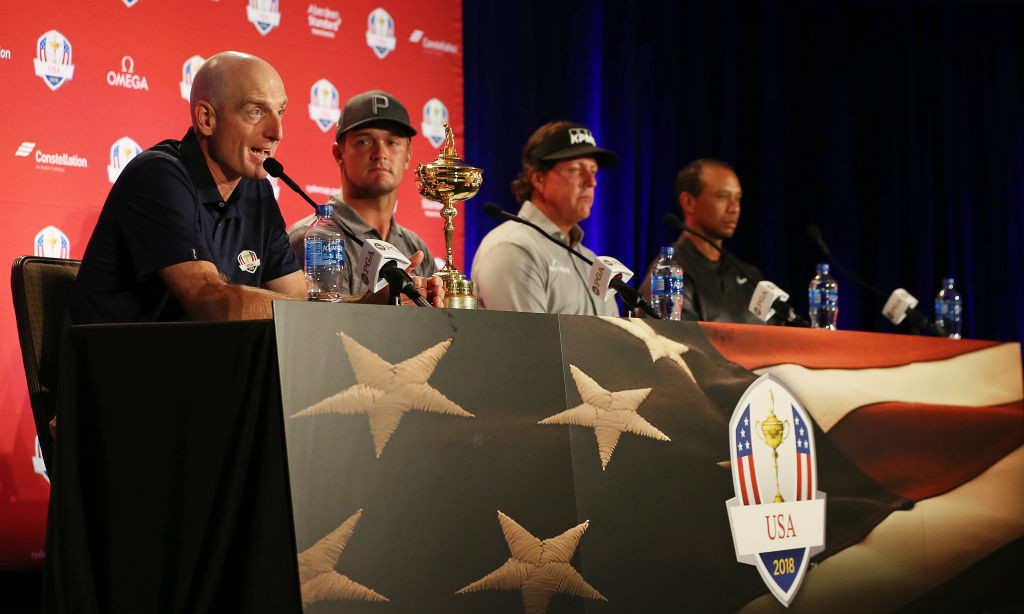 Woods will appear in his eighth Ryder Cup, his first since 2012, following a stunning return to form this season following a long absence with back problems.

He has recorded five top-10 finishes and is back inside the world’s top 30 since returning to the tour earlier this year.

“I haven’t been part of the team playing-wise for six years,” Woods said. “To have the honour to play again is beyond special.”

The former world No 1 was originally named as a vice-captain, but David Duval, Zach Johnson and Matt Kuchar will now make up Furyk’s support team.

“We were looking for players that had played good this season and that were in good form,” Furyk told reporters. “We’re heading over to Europe, where it’s going to be an interesting, boisterous crowd.

“We were looking for players that would handle that situation well and would thrive and love the challenge ahead of them. In naming these three players, that’s what we’ve done.”

DeChambeau got his reward for some stunning recent form that has seen him claim back-to-back wins at the Northern Trust and the Dell Technologies Championship.

Mickelson, meanwhile, will be making his 12th consecutive appearance for Team USA, a new record.

Tony Finau is expected to get the nod.

The biennial competition will take place at Le Golf National near Paris in France between September 28 and 30.

The USA are the current holders of the Ryder Cup thanks to a 17-11 victory at Hazeltine two years ago, but have not won on European soil since 1993 when they won 15-13 at The Belfry.