Woods bounces back at Carnoustie 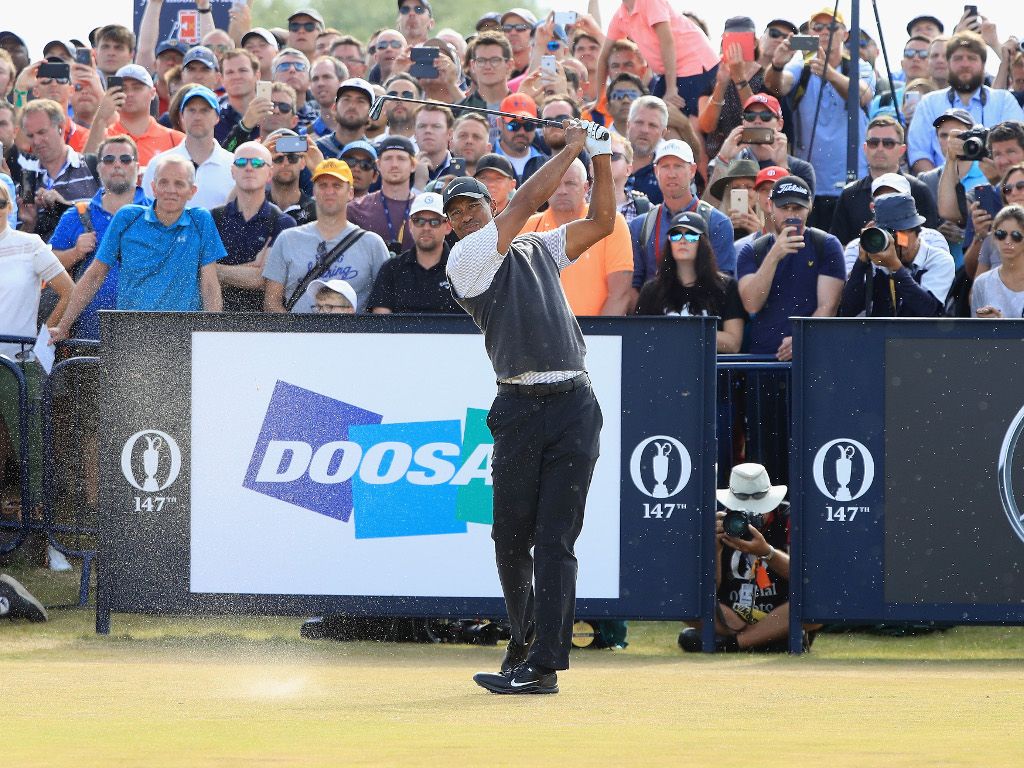 Tiger Woods bounced back from a couple disappointing opening rounds to leave himself with an outside chance of lifting The Open Championship trophy once again.

The former world number one signed for a brilliant five under 66 around a sun-baked Carnoustie, leaving him on five under for the tournament, four shots off the clubhouse lead.

Woods enjoyed a bright start on the front nine, rolling in gains on the fourth, sixth and ninth to make the turn aty three under.

The 14-time major winner took this momentum into the back nine, making birdie on the tenth eleventh and 14th, with his trademark fist pump making a comeback.

A three-putt on the parthree 16th would blemish his card, but otherwise Woods was content to be in the mix on for championship Sunday, where high winds are forecast.

“It’s been a few years since I’ve felt like this. Given what happened last few years, I didn’t know if that would ever happen again but here I am with a chance on a Sunday in a major championship. It’s going to be fun.

“I didn’t want to be too far back and I’m definitely in reach. I’m right there. I’ve got a chance at this, which is great.

“I didn’t know I was tied for the lead at one point, I knew I was within one. We’re not there yet, let me try and get there first.”