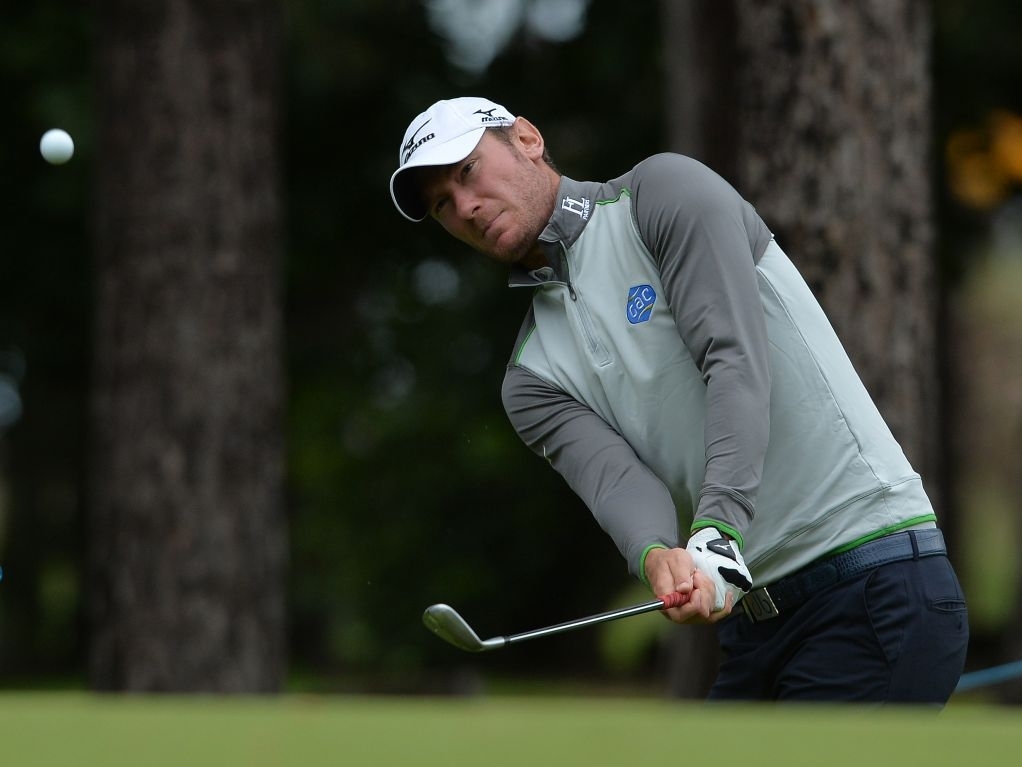 Chris Wood admits he can't afford to get complacent about a potential Ryder Cup spot, as he looks to seal his seal his place with a strong showing at the Aberdeen Asset Management Paul Lawrie Match Play.

The world No 25 is the top seed for this week's 64-man knockout event and has been drawn to face Australia's Brett Rumford in the opening round at Archefield Links.

Although Wood remains well-placed for a Ryder Cup debut, despite a mid-round withdrawal at The Open and missing the cut at the PGA Championship, he knows there's still work to do to secure a place in Darren Clarke's side.

"Everybody is saying that I'm there, but for me, until it's set in stone and there's a line under the qualifying, I'm not," Wood told reporters on Wednesday.

"I am really just giving everything, trying to make the team, so I don't want to feel like I let my mind wander.

"We're coming towards the end of the qualifying process now, and this is my last event that I'm scheduled to play in that process.

"I'm going to my stag do next weekend, so if I can come off of this week with a good week, that will make it even better. If I have to, I will play the Made in Denmark, but I'd like to tie it all up this week."

Matt Fitzpatrick is also in this week's field, making a sixth consecutive tournament appearance as he looks to secure a Ryder Cup debut.

The Nordea Masters champion is currently clinging on to the final automatic qualification spot, but has the ideal chance to stake his claim when he faces Europe vice-captain Thomas Bjorn.

"It will be an interesting day against Thomas (Bjorn)," Fitzpatrick said. "I got pretty close with him the last few weeks, played with him a little bit and got a bit of advice on a few things.

"Thomas has played plenty of Ryder Cups, and he played the last one at Gleneagles, so it's a good opportunity for me to make a move I guess.

"I really feel like I work pretty hard at my game, try to do the right things schedule-wise, try to just, yeah, just be as good as I can be.

"I think Darren (Clarke) knows how much I want to play The Ryder Cup, so anything that's positive to my situation is always a good thing."