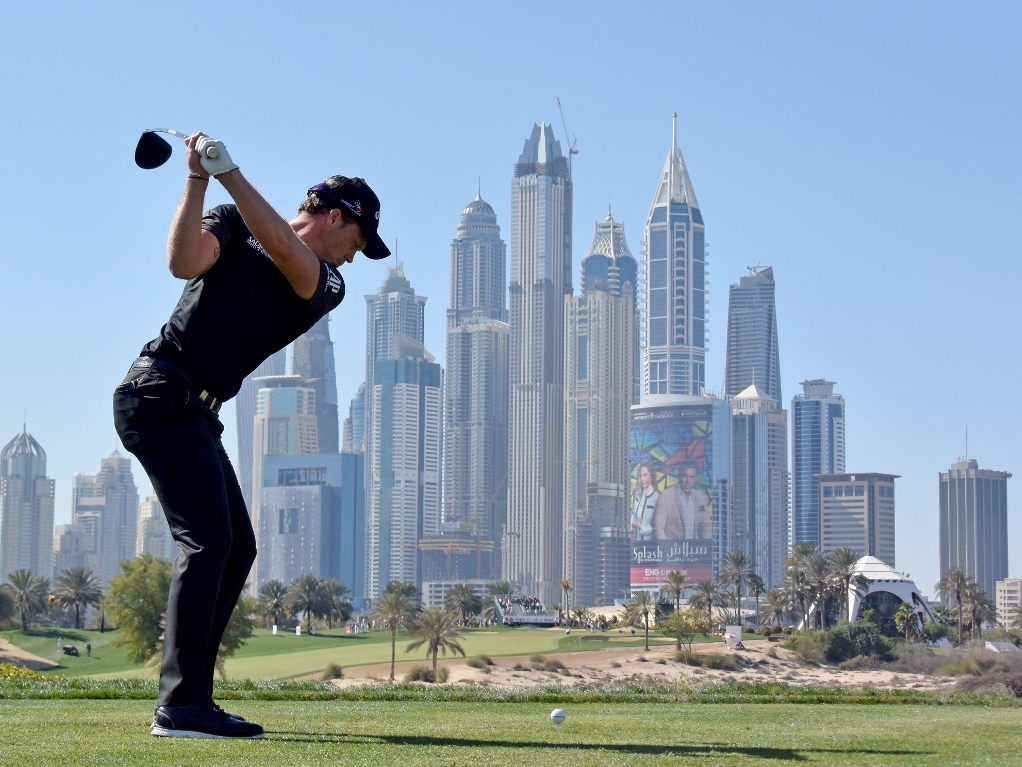 Danny Willett will go into the final round of the Omega Dubai Desert Classic with a one shot lead.

The Englishman carded a second consecutive seven under 65 at the Emirates Golf Club on Saturday, leaving him on 16 under for the event.

Second round leader Rafa Cabrera-Bello is one shot behind on 15 under, while England's Andy Sullivan is on 14 under after a six under 66.

Willett was five under after ten holes before he dropped a shot on the par four 12th. However, he bounced back with a superb curling 30 foot eagle putt on the par five 13th that saw him go two ahead of the chasing pack.

"It was good," the 28-year-old told europeantour.com.

"I played great golf today. I played really well yesterday and kept the foot down and could have been a couple better today. I'm delighted.

"I kept the ball under fantastic control with some crosswinds and did everything right really. I had couple of hiccups in there today where it could have been a little different but I kept the head on and kept moving forward.

"I think mentally, I feel like I'm very much in control of myself, which obviously helps. And swing-wise, I've got a few things that I'm trying to do. I'm trying to keep it as simple as possible and let the mind be a little bit calmer, and it seems to be working so far."

Ernie Els, who was one behind leader Cabrera-Bello at the start of the day, carded a two over 74 that saw him slip down to tie for 28th at seven under.

Joost Luiten is on his own in fourth place on 13 under. He is followed by South Africa's Haydn  Porteous in 12 under.

World number two Rory McIlroy posted a four under 68 in the third round to leave him eight shots off the pace.