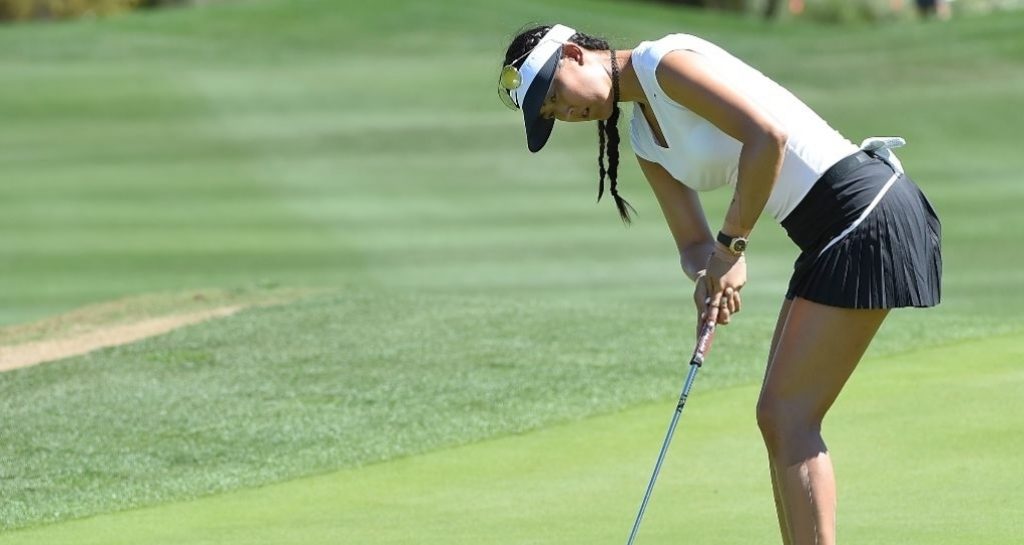 A number of LPGA Tour players have expressed their concern about the stringent dress code put in place by Tour officials.

The world's best female golfers tee off at this week's Ricoh Women's British Open, the first major held under the new dress code rules, where "plunging neck lines, leggings and revealing skirts are now banned" according to an official statement.

Former world number one Michelle Wie, known for standing out on the course, believes she is one of the players the new rules are targeting.

"I plan on totally following it but I think it is a bit unfortunate," the American told the Telegraph.

"We've been having a lot of discussions because a couple of the outfits that I have worn this year have raised eyebrows a little bit. So I can see where they're coming from but, like I say, I think it's a little bit unfortunate."

"But part of being a woman, and especially a female-athlete, is looking attractive and sporty and fit, and that's what women's tennis does so well. Why shouldn't we?"

This week's local hopeful for the British Open, Charley Hull, agrees that they should look athletic.

"I don't wear any of them, so it doesn't really affect me but I think it's a shame, as many people label golf old-fashioned and we need to move away from that," said the English player.

"Golf needs to be more original and athletic. If you look at most golfers, I don't think they look that good. If the clothes were cool, more people would play and watch it."

Finally, Instagram star Paige Spiranac, a professional golfer yet to earn her LPGA Tour card, was also outspoken against the rule changes.

When it's so hot out that you have to wear glasses because your contacts melt onto your eyeballs Oh and happy Friday! Any fun plans for the weekend?

"Most likely, this edict was put into place to eliminate the presence of cleavage," said the 24-year-old.

"In that case, a curvier, fuller-figured woman would be chided and fined far more often than a woman with a smaller bust."

The 42nd edition of the Women's British Open tees off in Fife in Scotland on Thursday.