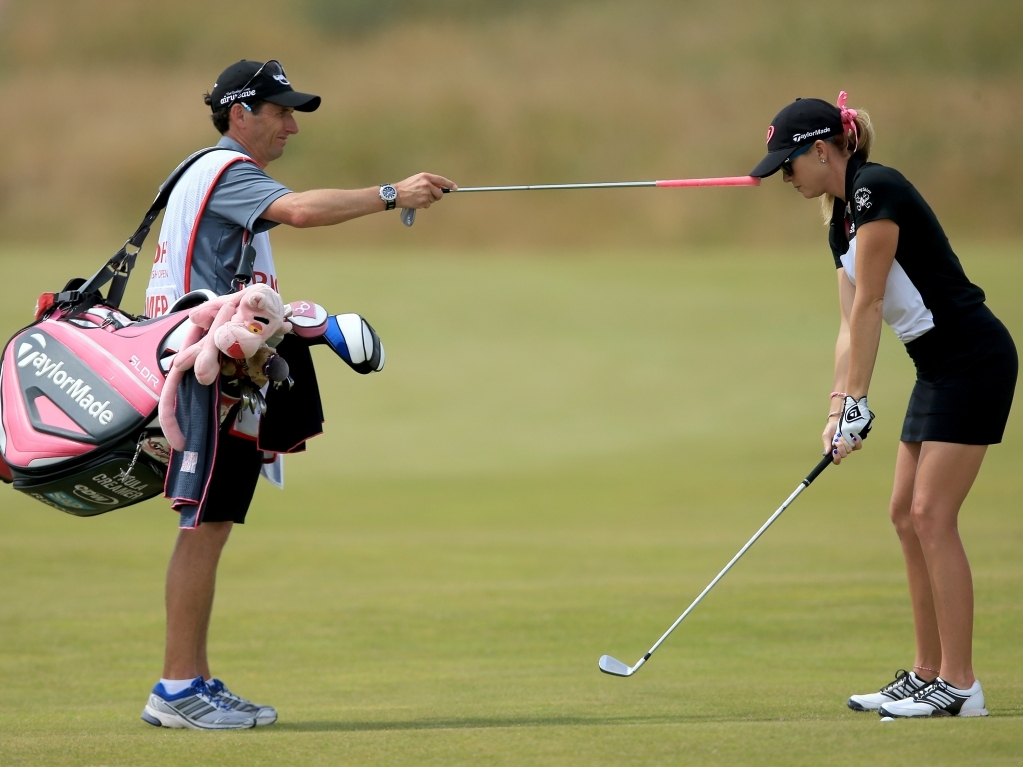 To celebrate this year’s Ricoh Women’s British Open, Golf365 has teamed up with the Championship organisers to offer two lucky readers the chance to win a fantastic pair of hospitality tickets for Saturday‘s play at the Woburn Golf Club on July 30, 2016.

The Ricoh Women’s British Open is one of the most internationally represented Majors in golf, with last year’s field boasting players from 26 different nations, including all of the world’s top 20.

For the 10th time in tournament history, Woburn hosts this iconic tournament, but it will be the first time the Marquess Course plays host to the Championship.

Last year’s winner and Grand Slam champion Inbee Park is looking to defend her title against some of the greatest female golfers in the world including the Americans Paula Creamer, Lexi Thompson and Michelle Wie, plus the youngest-ever world number one, Lydia Ko.

If you want to be in with a chance of winning this fantastic prize, you need to come up with the best caption for this photo on our social channels. Go to either our Facebook or Twitter pages and post your caption.

The winner will receives two tickets for hospitality on Saturday at the tournament (which runs July 28-3) at Woburn.

One lucky runner-up will receive two season tickets for the championship.

Entries close at midnight on Sunday July 24 and the winner and runner-up will be contacted the next day.

If you don’t win don’t forget you can still see all the action by purchasing tickets via the website, www.ricohwomensbritishopen.com

Terms and Conditions 1.Winners prize is for two hospitality tickets for Saturday‘s play at the Ricoh Women’s British Open, 2016 2.Runner up prize is for two season tickets for the Ricoh Women’s British Open, 2016 3.Editors decision is final 4.Entries must be received by midnight Sunday 24th July 2016. 4.Winner & runners up will be contacted by 25th July 2016. 5.No cash prize to be offered in exchange

Ricoh are the proud sponsors of the 2016 Ricoh Women's British Open. All personal information provided in connection with this competition will be held in accordance with the Data Protection Act 1998 and shall not be passed on to any third parties.