Willett holds his nerve in Dubai 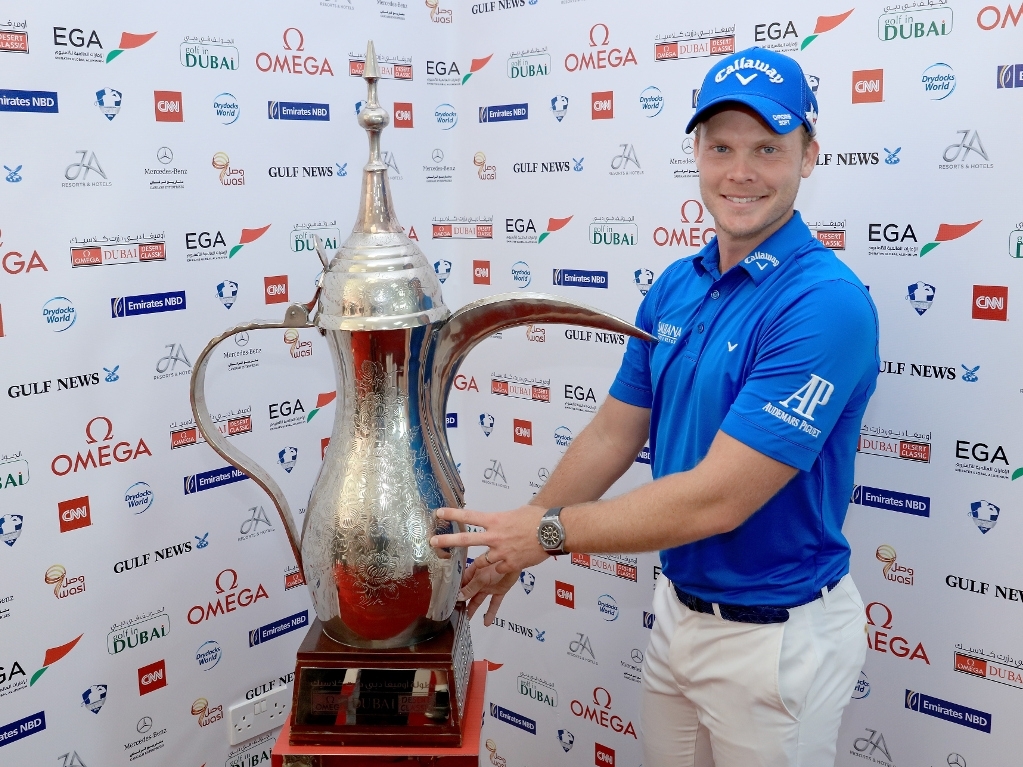 Danny Willett holed a 15-foot putt at the last to secure victory at the Dubai Desert Classic.

The Englishman edged out Andy Sullivan and Rafa Cabrera-Bello by a stroke to triumph at the Emirates Golf Club for what was his fourth career title.

Willett began the day with a one-shot lead and at one point stretched that out to three shots. However, Sullivan and Cabrera-Bello both finished strongly while Willett had dropped off slightly with a bogey at the 14th. As a result, the 28-year-old needed a birdie at the last to ensure a play-off was not required, and he showed no nerves in sinking a downhill left-to-right putt to finish on 19-under.

For Sullivan it was another case of so close yet so far in Dubai, having finished as a runner-up to Rory McIlroy at the DP World Tour Championship in November. The result marked back-to-back second-place finishes for Cabrera-Bello who now has three top-10 finishes this season.

Alvaro Quiros and South Korea's An Byeong-Hun were joint fourth after carding final-round 65s to finish three strokes back, while defending champion McIlroy and Henrik Stenson were a further shot adrift in sixth.