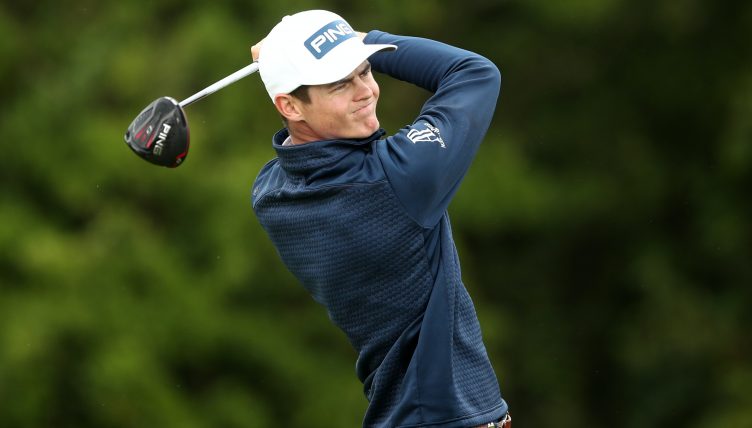 South Africa’s Wilco Nienaber powered his way into a share of the lead with the aid of a 439-yard drive on day one of the Joburg Open.

Nienaber fired an eagle, eight birdies and two bogeys in an opening eight-under-par 63 to join compatriot Shaun Norris at the top of the leaderboard at Randpark Golf Club.

American Johannes Veerman and Canada’s Aaron Cockerill were a shot off the lead following rounds of 64, with Welshman Rhys Enoch and England’s Richard McEvoy part of a five-strong group on six under.

Nienaber, who won the 2019 South African Amateur Championship before turning professional last year, started his round on the back nine with a par on the 10th, but did not make another until reaching the turn.

After making a birdie on the 11th, Nienaber followed an eagle on the 12th with birdies on the 13th and 14th before dropping shots on the next two holes.

Birdies on the 17th and 18th took Nienaber to the turn in 31 and he parred the first and second before picking up further shots on the third and fourth, the latter coming after a tee shot of 439 yards on the downhill par five.

There was more big hitting to come on Nienaber’s final hole of the day, the 20-year-old driving the green on the 381-yard ninth to set up a closing birdie.

“Eight under is nice around any golf course and to do it here in the first round of the Joburg Open, being back home again, is great,” Nienaber said.

“I haven’t played much in South Africa since I turned pro but it’s been great to be home. I’m just looking forward to the next three days and the next two weeks after.”

Enoch carded an eagle, six birdies and two bogeys in his 65, despite occasionally taking a somewhat unorthodox route.

“I didn’t feel perfect on the range and I hit a few ropey ones, but I figured it out and hit a really good shot into 12 after hitting a terrible drive onto the third fairway,” Enoch said.

“I hit an unbelievable three iron onto the green and had a long two-putt for birdie which settled me a bit, then I went birdie-eagle on 13 and 14 and played nicely coming in. I feel really pleased.”

India’s Shubhankar Sharma, who won the event the last time it was staged on the European Tour in 2017, carded an opening 76 which included a nine on the par-five 12th.