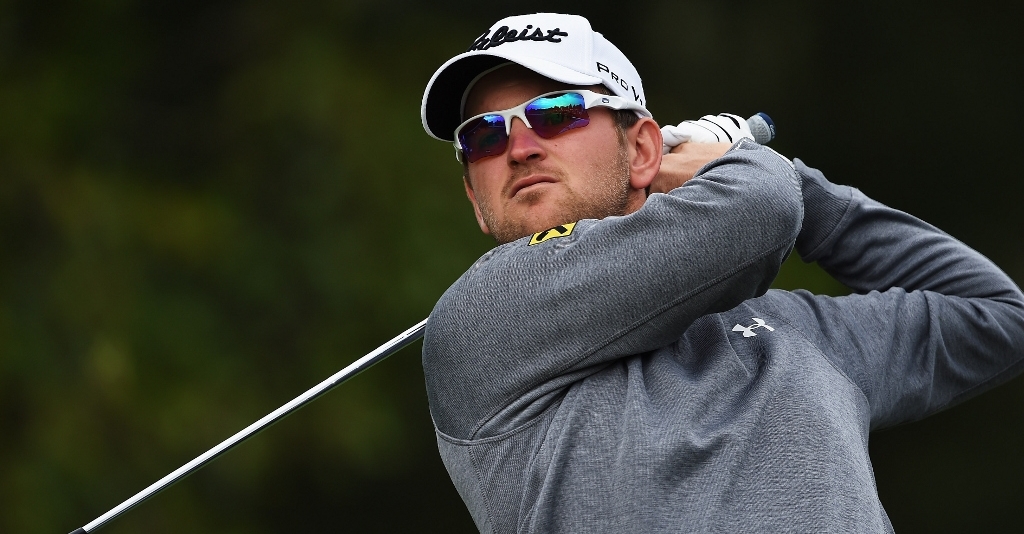 Bernd Wiesberger was leading the Shenzhen International by four shots when the second round was suspended due to bad weather.

The Austrian took advantage of the soft greens to card a superb seven under 65 to finish four strokes ahead of South Africa’s Dylan Frittelli and Dane Thorbjorn Olesen, who are on eight under.

Wiesberger was flawless around Genzon Golf Club, rolling in seven birdies to move him to 12 under after a first round 67 as he hunts down his first win since the Open de France in 2015.

“I can’t complain about the score today,” the 31-year-old told europeantour.com.

“It was a long day, I got up at 430 to finish a couple of holes. I started well and picked up from the day before. I hit a drive down 17 early in the morning and got my round in of 67 so I was pleased with that and I kept going that way, driving the ball nicely and putting really well.

“I was feeling comfortable when I was getting the ball on the green and rolling in well on the green, so that was key for me today to get something in the mid 60s.

“I played a few holes on Tuesday and I said to my caddie it feels like a course that suits me and suits my game. I knew I was playing decent coming into this week.”

First round leader Bubba Watson is on seven under, having improved by one shot in the five holes he got to play on Friday. He is tied with Gregory Bourdy, who was on the fourth when play was called off.