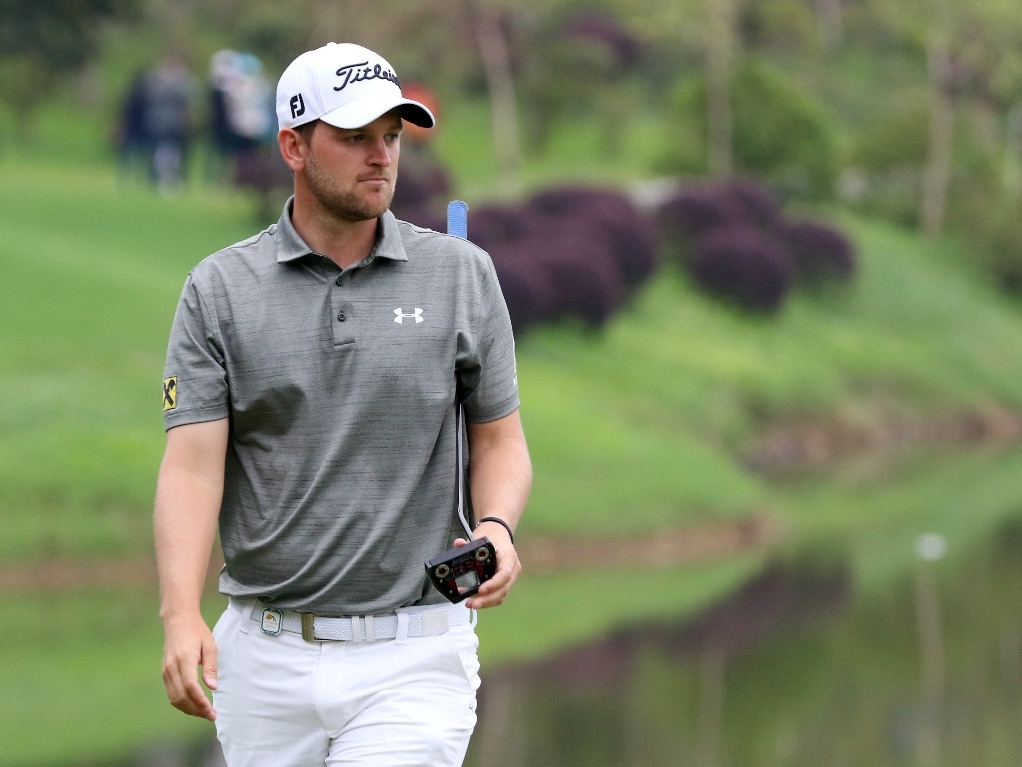 Bernd Wiesberger will take a three shot lead into the final round of the Shenzhen International on Sunday.

The Austrian carded a three under 69 around Genzon Golf Club, moving him to 15 under for the tournament, three strokes ahead of South Africa's Dylan Frittelli who is alone in second.

Wiesberger was slow out of the starting blocks, stepping onto the seventh tee one over after a bogey on the fifth. However, he battled back to roll in five birdies, including two in the last four holes.

"I didn't start off really well," quipped the 39-year-old on europeantour.com

"I hit a couple of crooked shots and left a couple of putts out there but then from when I holed the putt on seven I felt more comfortable out there and was rolling the ball a bit better.

"I was in a similar position a couple of weeks ago in Malaysia and had a sloppier day, so I'm happy with the way I bounced back and to shoot three under par is a decent score today.

"The guys were coming at me hard early on today as well so I'm expecting no less for tomorrow, so I'm just trying to commit to my shots and enjoy it out there."
Further down the leaderboard, Ross Fisher, David Lipsky and South African duo Dean Burmester and George Coetzee are locked on 11 under, four off the pace.

Meanwhile, Gregory Bourdy rolled in the second hole-in-one of the event after Mikko Korhonen's ace yesterday.

Adrian Levy and Brandon Stone shared the round of the day, both carding superb ten under 62’s. Moving Levy to T7 on ten under while Stone is T15 on seven under.