Who is Sung Hyun Park? 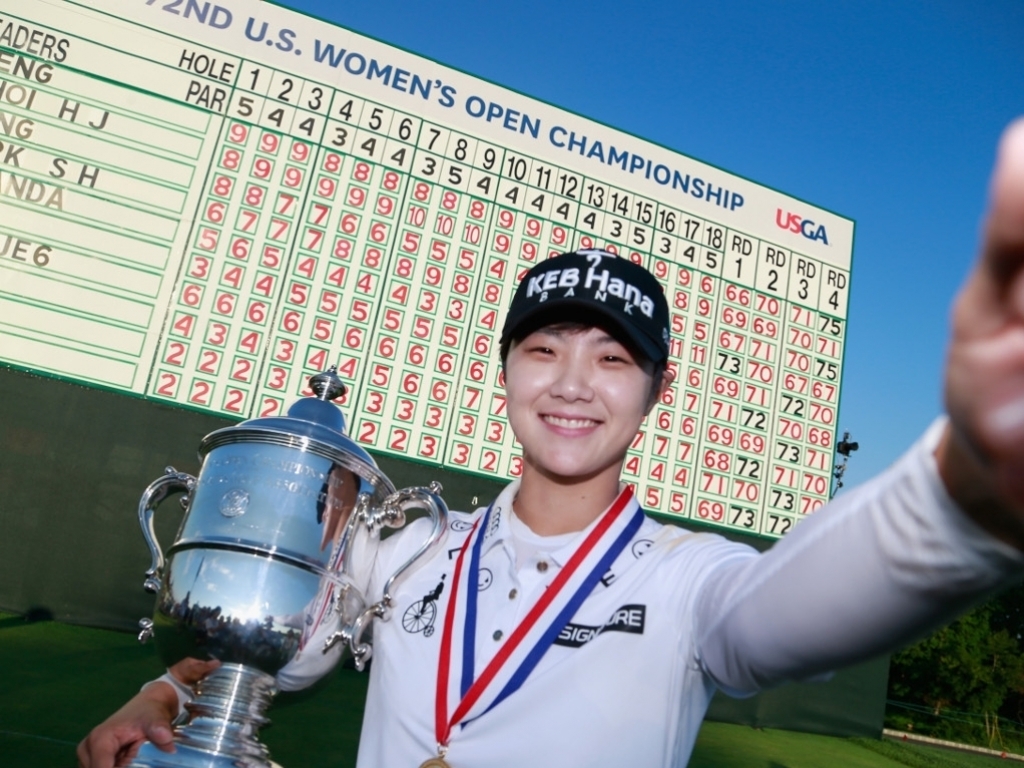 We take a look at the backstory of golf's latest major champion Sung Hyun Park, who won the US Women's Open by two strokes on Sunday.

Park is now the second consecutive first-time major winner – and she is in her rookie season – showing just how deep the talent pool is in women's golf.

But once you delve into Park's relatively short career, perhaps it should come as no surprise that she took home the silverware on Sunday at Bedminster.

The South Korean turned professional in 2012 and kept a low profile on the minor tours of the east. In June 2015, Park notched up her first professional win at the Korea Women's Open and proved it was no fluke as she reeled off three more wins in the LPGA of Korea Tour before the end of the year.

Those wins set her up as one of the top five money earners on the tour, gaining her entry into the 2016 ANA Inspiration and US Women's Open.

Park continued to thrive on the LPGA of Korea Tour the following year, winning no less than six events. But what really turned heads was her form in the majors, as she finished T6 in her maiden major before actually being in contention at the 2016 US Women's Open, going into the final round one stroke behind the leader. But her hopes were dashed with a two-over 74 in the final round, setting her back to T3

No doubt, this weekend at Trump National certainly made up for that disappointment. But not only is Park skilled, she also has manners, as she was captured bowing to US President and course owner Donald Trump in the final round…

Amazing how foreigners have more respect for POTUS than CNN/liberals.

Here's a photo of US Open Champion Sung-Hyun Park bowing to Trump: pic.twitter.com/fTer6kzasQ

Congratulations to Sung Hyun Park on winning the 2017 @USGA #USWomensOpen🇺🇸

Park's 2016 successes booked her an LPGA Tour card for 2017 and she has not let herself down, with four top ten finishes preceding her maiden major win.

The Seoul native, who recently relocated to Orlando in Florida to pursue a promising career, is force to be reckoned with on the tee. Her prodigious length off the teebox is a powerful weapon and she is ranked fifth on the LPGA Tour in average driving distance. Park is also ranked fourth for scoring average, which is sitting at a pretty 69.11 for 2017.

If these telling numbers are anything to go by, one thing is for sure: We have not seen the last of Sung Hyun Park.