When Tiger and Ernie met a couple of kangaroos 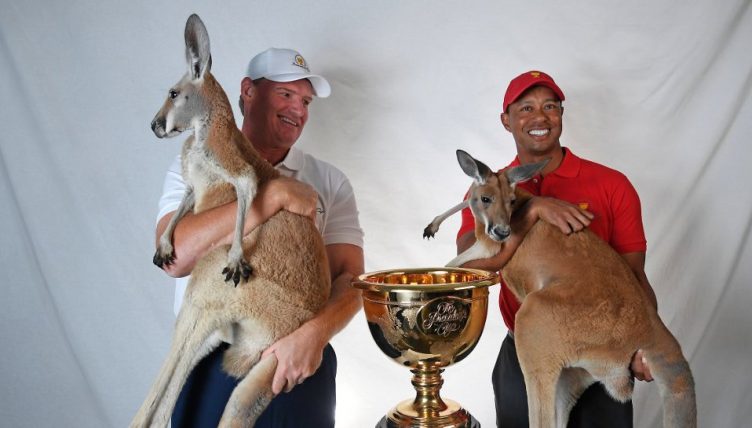 As part of the 2019 Presidents Cup announcement, captains Tiger Woods and Ernie Els were asked to do something rather unique.

Several reporters at this week’s Arnold Palmer Invitational realised something was up prior to the announcement when they spotted a few kangaroos milling around.

Couldn’t set up my camera for a Tiger Woods presser at Bay Hill because kangaroos. I swear to god. Kangaroos. pic.twitter.com/1FThyhgtgq

Next years @PresidentsCup is in Australia and there are live kangaroos at #BayHill. In the same room as Ernie Els and Tiger Woods.

What does it all mean?!? pic.twitter.com/XsxpTarLLI

Only when next year’s Presidents Cup was confirmed as taking place in Australia did the presence of the marsupials become clear.

The furry Antipodeans weren’t just for show either – both Woods and Els had to get up close and personal with them!

Tiger #Woods and Ernie #Els have been confirmed as Presidents Cup captains for the 2019 edition of the competition.

And here’s some footage of the pair hilariously struggling to get to grips with the animals: