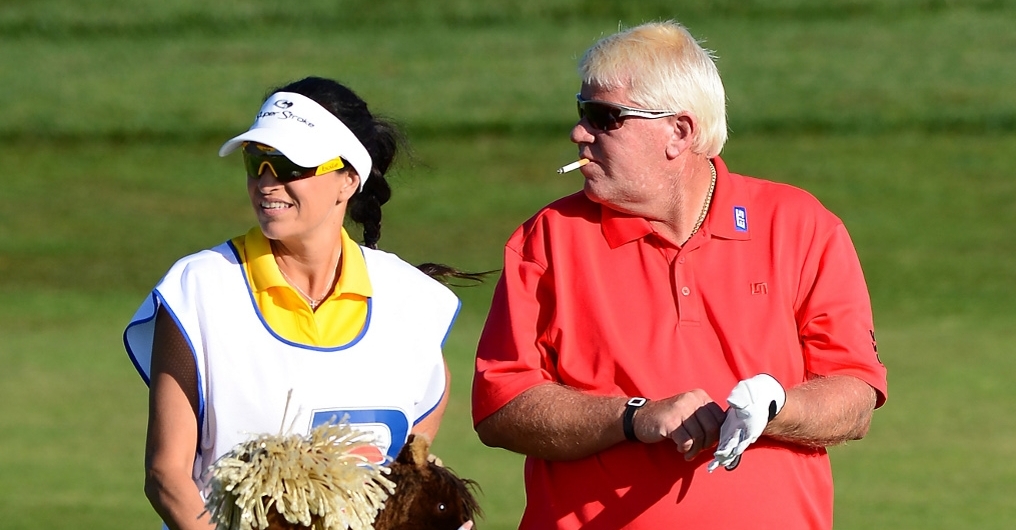 Two of the more entertaining characters in world golf met up recently, and it went about as you'd expect.

It seems that John Daly and Andrew "Beef" Johnston – both burly and colourful characters on and off the course –  have struck up a bit of a friendship and have been hanging out together:

The pair even took part in an entertaining 30-minute Q&A on Periscope, which was filmed by Daly's fiancee, Anna Cladakis.

Highlights from the chat include finding out that Daly prefers Ed Sheeran to Metallica, a discussion over who's the longer hitter (It's Beef), and who they're picking for the Masters.

It also turns out they have very different gambling habits, which is definitely a good thing for Johnston.