What next for Tiger Woods following horrific car crash? 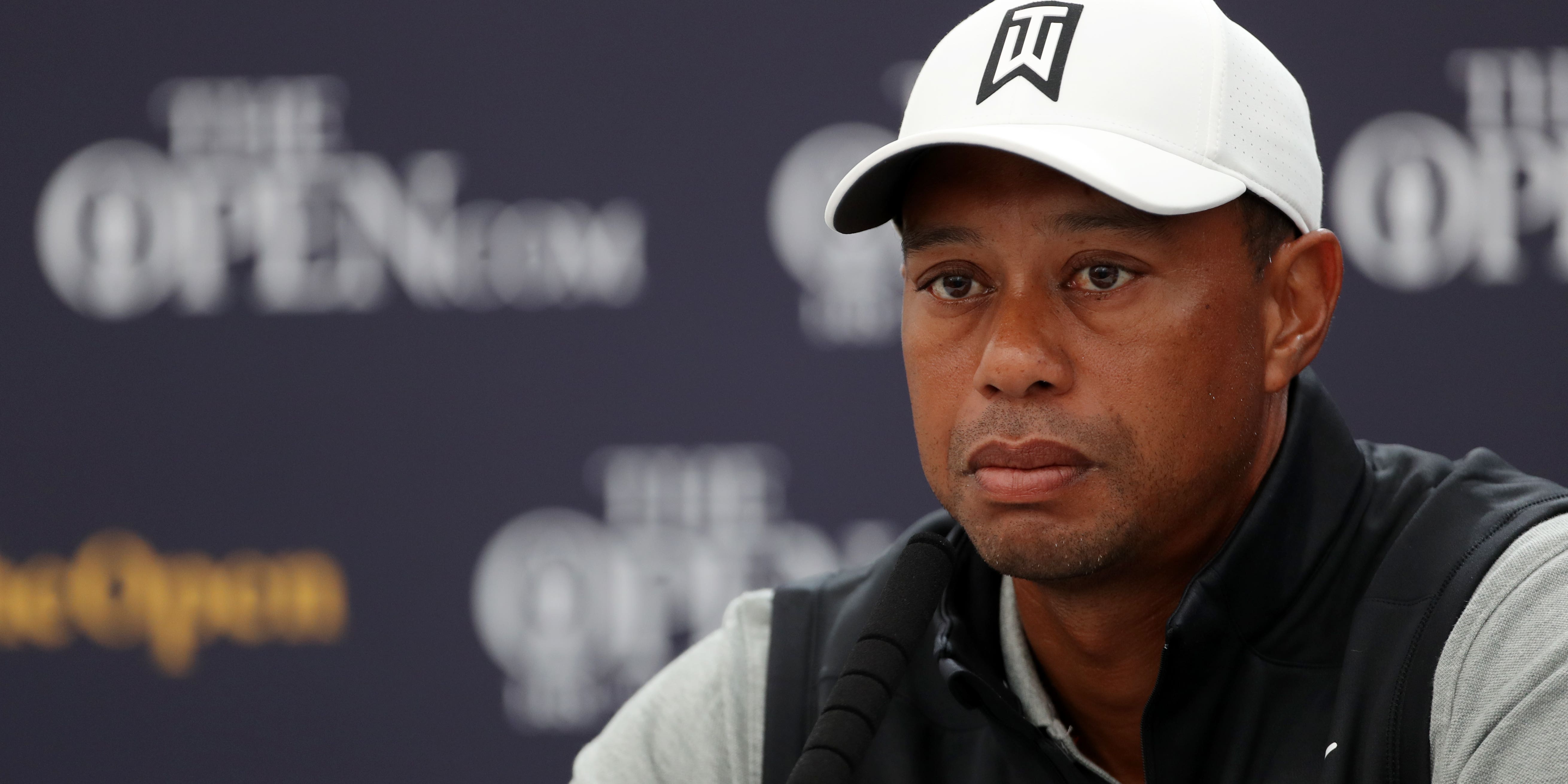 Here, the PA news agency examines whether the 15-time major champion can recover and challenge at the top of world golf again.

Woods was involved in a single-vehicle accident at 7.18 local time on the border of Rolling Hills Estates and Rancho Palos Verdes in southern Los Angeles on Tuesday morning. The car crossed the centre-divider and rested down an embankment several hundred feet away. Firefighters had to use a pry bar and an axe as Woods was “extricated from the wreck”. Woods suffered “open fractures affecting the tibia and fibula bones” in his lower right leg “stabilised by inserting a rod into the tibia”. Injuries to his foot and ankle were stabilised with screws and pins.

Can Woods launch another comeback?

Now 45, the American’s body has been creaking for some time. Woods took a two-month lay-off in April 2008 to undergo arthroscopic surgery to repair the cartilage in his left knee and it has been a struggle pretty much ever since. Multiple back operations and reconstructive surgery on his anterior cruciate ligament have slowly reduced Woods’ power and the domination that brought him 14 majors before his 33rd birthday. Woods became golf’s comeback king when he won his 15th major title – the 2019 Masters at Augusta National – following back fusion surgery in April 2017. But his LA car accident comes while he was already in recuperation from December surgery to remove a pressurised disc fragment in his back.

So what happens next?

Months of rehabilitation, for sure. Woods had been hoping to play in the Masters at Augusta in April after undergoing back surgery for a fifth time. He gave an interview as recently as Sunday saying “I’m feeling fine – I’m a little stiff”, but indicated his ambition to tee it up. With the major calendar condensed between April and July, it is almost certain that Woods’ hopes of winning a 16th major title in 2021 are over. Woods will turn 46 in December and remains three short of Jack Nicklaus’ record 18 wins. The oldest winner of any major is 48-year-old Julius Boros, and only Boros, Nicklaus and Old Tom Morris have won majors at 46 or older.

Can he win another major?

After all that’s happened to him you have to say it’s unlikely. But this is Tiger Woods we’re talking about and it would be foolish to write him off. He has already come back once to stun the sporting world and has always had unrivalled self-belief and self-determination to win. But the injuries will take some time to heal and it remains unclear what effect they will have on his game. The game has also moved on with big-hitters like Bryson DeChambeau, Dustin Johnson and Rory McIlroy leaving Woods a long way behind off the tee, taking away one advantage he used to have over most of the field. But Woods will no doubt take inspiration from Ben Hogan. He has previously cited Hogan’s recovery from a near-fatal car crash to win six of his nine major titles, including all three he could contest in 1953, as the greatest comeback in golf.

So what could the future hold?

Woods has never appeared as comfortable in a media booth as on the driving range or the putting green. Even in his weekend television interview, at the Genesis Invitational tournament which he hosted, he looked distanced and distracted. So punditry might not hold any interest or come easy. Woods was the United States’ Presidents Cup captain in Australia in 2019 and has been seen as a future Ryder Cup captain. Woods’ son Charlie is a promising junior player and he will no doubt shape the 12-year-old’s future career. The pair competed at the PNC Championship in Orlando last December. Woods has been voted into the World Golf Hall of Fame and will be inducted in March 2022.