What happened to the phenomenon that Phil Mickelson was?

Golfing pros come and go but with very few having as many titles like Tiger Woods and Phil Mickelson, everything they do is out through a fine-tooth comb.

With both pros having their fair share of controversy over the years, many have seen Tiger woods return to the course with a high success rate, but what about the phenomenon that Phil Mickelson was? In this article, we will be looking into the past and present of the golfing pros career and how this has changed in recent years.

When looking into some of the top golfers in the world, there are none bigger than Phil Mickelson. With 44 PGA Tour events to his name and 5 major championships, he is second to only Tiger Woods. However, many golfing fans will know Mickelson for his controversy at the US Open in 2018, as the start player was seen to stop his ball rolling off of the green. This sparked outrage with golfing fans and earned him a place on the roll of dishonour with many calling for his disqualification from the competition.

Despite the controversy surrounding the events at the US Open, the pro added fuel to the fire with an outright addition of guilt claiming the following in an interview with the media.

This caused upset with many as the USGA were out under pressure to disqualify him from the completion entirely. Though this did not end up transpiring, the reputation that this pro golfer once had been tarnished leaving many questioning whether or not the star player will be able to bounce back.

As Mickelson began to recover from the controversy of the US Open that same year, many were beginning to speculate whether that was in fact possible. But as golf fans around the world remained divided the leadup to the biggest Black Friday paper view event was about to begin. With Woods and Mickelson set to take to the course at Shadow Creek in Las Vegas on November 23rd of 2018 it was Mickelson that had a lot to prove as many were wondering whether this could be enough for him to regain his integrity. With an 18-hole head to head game ending in a tie, additional holes were played but it was Mickelson who took home the $9 million in cash.

Though many considered the two to be more popular about 10-15 years ago, this was a showdown between two legends that captivated audiences all over the world with Mickelson taking home the cash prize and bragging rights against his fellow competitor. But was this enough to completely rebuild the man’s career?

Fast forward to the US Open in 2019 and the future of golf for Mickelson was not looking promising as he crashed to a four-over-par 75 on day 3 of the competition. With a highly disappointing performance from the pro, the odds were stacked against him as it looks unlikely for the pro to win a major until he is 50 years old. Though it is not the age that is an issue when it comes to the pro’s performance, the pressure is mounting as the changes are becoming few and far between. 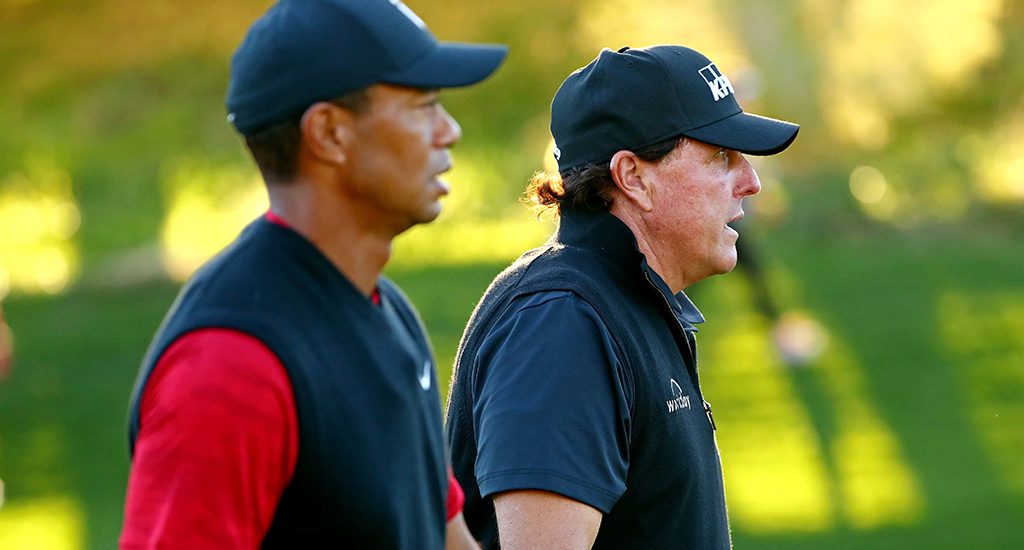 Along with the poor performance at the US Open, this year came another blow to the golfing pro as he dropped out of the top 50 world golfers for the first time in 26 years. This was the longest streak in the history of the record with over 1,353 consecutive weeks in the top 50 making it the longest steak since the records begun in 1986. Though this may not seem like a huge issue for the world pro, this is one that could cause him issues in the future as only the top 50 are automatically invited to compete in some of the worlds leading competitions, meaning that the golfing pro will have to fight harder  than ever to earn a spot fighting against the best of the best.

With this in mind, could this be the end of the line when it comes to the success of the golfing pro and his fight to win a major? Only time will tell as to whether or not the golfing pro can come back fighting to be the best of the best like he once was, and we are definitely excited to watch!