Westwood to retain girlfriend as caddie after NGC success 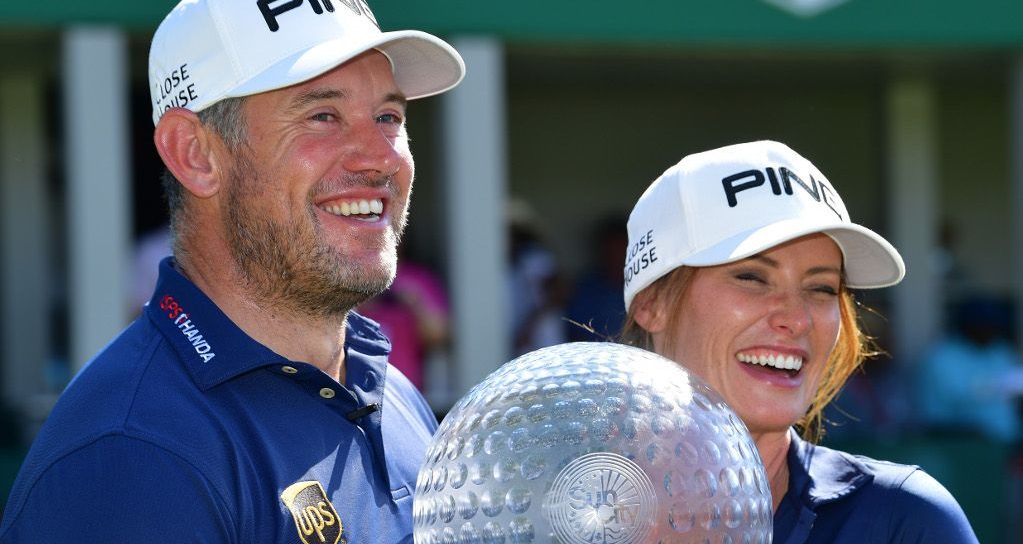 It seems like Lee Westwood will be splitting from long-time caddie Billy Foster after all, with girlfriend Helen Storey set to retain the role following their success in Sun City.

Earlier reports suggested that Westwood, who broke a four-and-a-half-year winless run with Storey on his bag at the Nedbank Challenge on Sunday, would be retaining Foster’s services starting at the DP World Tour Championship this week.

But the 45-year-old has decided to stick with a winning team and keep his partnership with Story going – on and off the course.

Notably, Westwood’s girlfriend was also his caddie at the Made in Denmark a few months ago, where he made it all the way to a play-off before losing out to Matt Wallace.

Well that was some week!!! Thanks to everyone at @SunCityResortSA & @Nedbank for looking after us all so well. pic.twitter.com/ydKi2L10Lc

Westwood and Foster’s relationship had already been under strain after the golfer had said he wished to the change the way they operated on course.

“Lee wanted to work differently to everything we had ever done, which basically meant me just carrying the bag,” Foster said. “I struggled to adapt to that situation as a caddie, and it created a bit of an uncomfortable atmosphere on the course.

“Ultimately it was no good for Lee and not fair on me either. So unfortunately the partnership had run its course and we both knew that. Times change. It has been a great 10 years of my life with Lee and we had many special times and successes together.

“I can only wish him good luck moving forward – although I do feel he could have waited more than a week before winning a million dollars!”

Don’t feel too bad for Foster, however. An experienced caddie who has worked with the likes of Seve Ballesteros, Darren Clarke, Sergio Garcia, Thomas Bjorn and even briefly Tiger Woods, he will not be short of offers – and rumours suggest he has already been approached by Rory McIlroy.

Westwood and Foster were together for 10 years, including during the peak year of Westwood’s career when he rose to World No 1. They won 13 times together.

But with Westwood now doing his own yardages, it has allowed him to bring in Storey and even his 16-year-old son, Sam, for the occasional week. He finished fifth at Valderamma last month with Sam as his caddie.

But it’s girlfriend Storey – a personal training instructor from Newcastle – who will be back by his side in Dubai this week.

“Lee’s had a few close ones recently and – a second and a fifth – and I’m so proud of him and how he’s continued to play so well,” Storey said.

However, she doesn’t expect to see a trend of wives and girlfriends caddying.

“A few might and certainly there are some that won’t,” Storey said. “It just works for us. It really does. We don’t really talk too much about golf actually. It’s more a case of keeping up and staying out of the way; that’s the difficult part.

“Afterwards, we stood in the tunnel when he was going to pick up the trophy and I was like ‘oh my god, he’s done it!” and the tears started to flow. I wasn’t going to hold them back.”