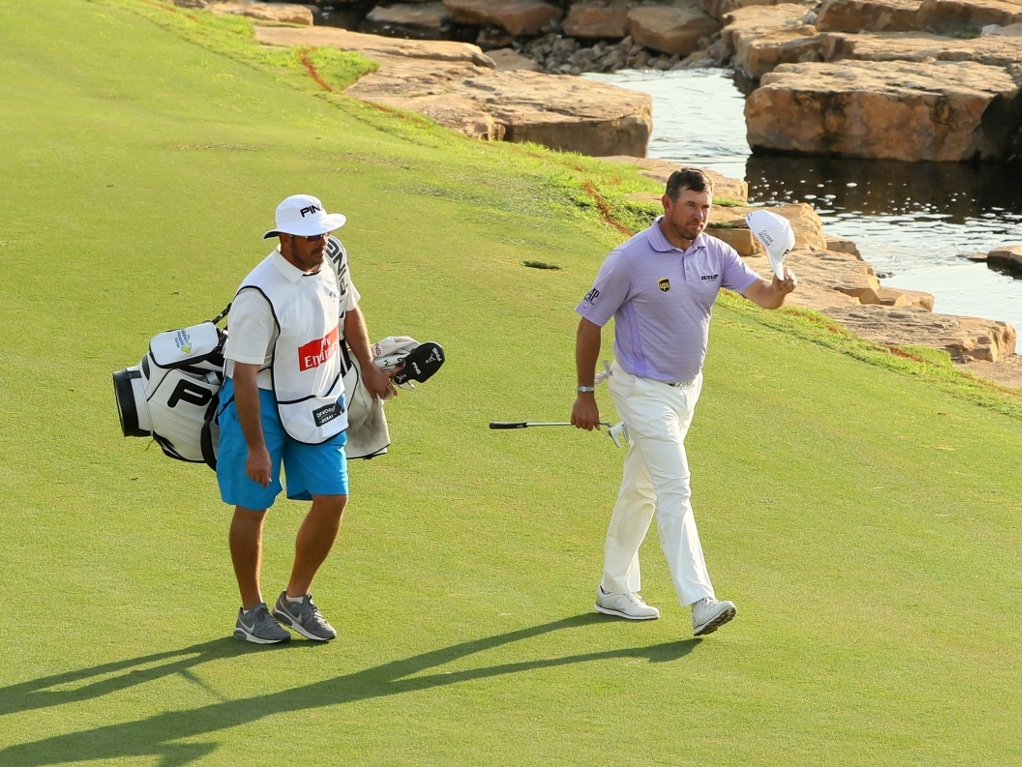 Lee Westwood has a one shot lead following the opening round of the DP World Tour Championship on Thursday.

The Englishman carded a six under 66 around Jumeirah Golf Estate at the European Tour season finale, enough for a one stroke lead over Julien Quesne and Nicolas Colsaerts.

Westwood carded birdies on the second, seventh and eighth before moving to four under on the tenth.

While a dropped shot on the 12th would set him back, the former world number one had some spectacular iron play and a hot putter that saw him birdie two par threes and the par five 14th to move into the lead alone.

"I've been looking forward to this week. It's a golf course I've played well on in the past and I've had quite a few good results here." pic.twitter.com/Cn4lh4HSNI

"This is as good as I've played for quite some time," the 2009 champion told europeantour.com.

"I've found a couple of keys in different parts of my game and I've been working on them hard. It all came together today.

"A 66 is a good round of golf. It didn't seem that easy out there. Some days you feel like there's a lot of birdies out there but today I think was a pretty stiff test. They took the flags away a little bit. Didn't seem like many first day flags out there and I managed my game well.

"It's a golf course I've played well on in the past and I've had quite a few good results here other than the win and played pretty well in the desert. I've been looking forward to this week.

"2009 is certainly in the top two or three performances in my career. Maybe even best performance of my career, knowing that I needed to win to beat Rory in the Race to Dubai, and I did that by six and pretty much dominated the field over the weekend. It's right up there."

Francesco Molinari, veteran Sergio Garcia and Joost Luiten are locked on four under after 68s while Thai star Kiradech Aphibarnrat is in T7 on three under.

How the #RaceToDubai top four got on:

In terms of the Race to Dubai title, leader Henrik Stenson notched up an even par 72, one shot behind second place Danny Willett. If things stay as they are, that would be enough for the Swede to claim his second European title.

Alex Noren has a mountain to climb if he wants to leap from third to first after a disappointing three over 75, while Rory McIlroy also posted a 75 after a double bogey on the par four 16th.