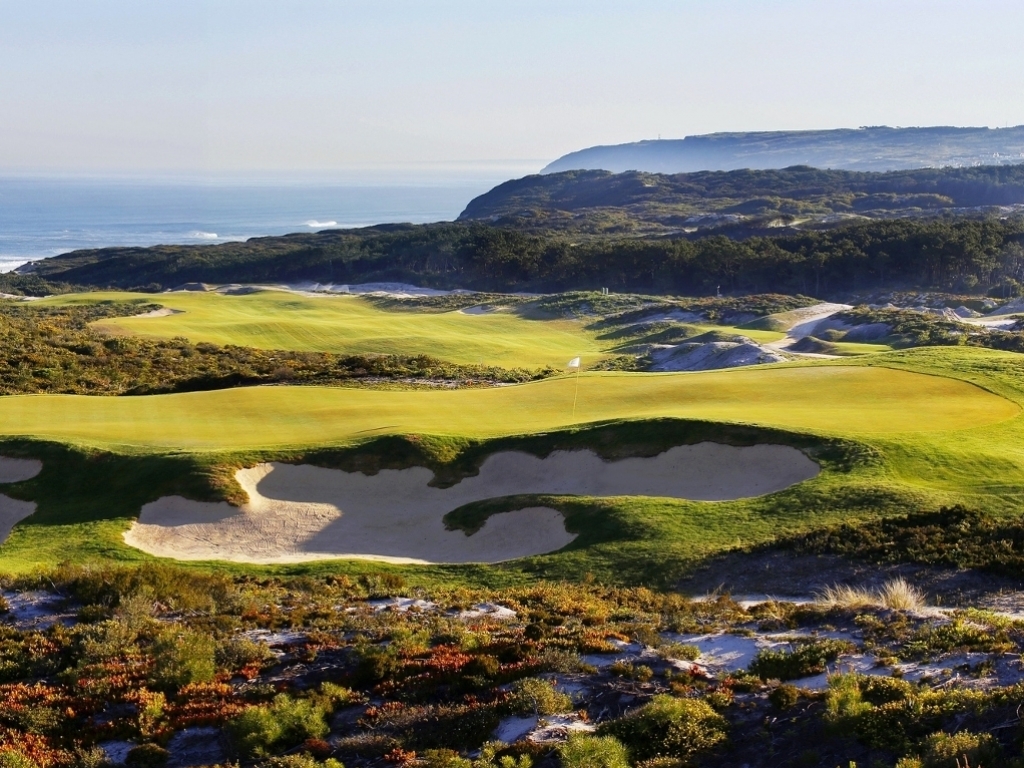 West Cliffs, which only opened this summer, was ranked at no.25 in the updated edition of the highly-regarded biennial list – the highest new entry for a decade – while Praia D’El Rey’s championship course was ranked five places below it.

Located less than an hour north of Lisbon on the magnificent Silver Coast, West Cliffs was designed by Cynthia Dye and is already being tipped to become the number one golf course in Portugal.

The first Dye golf course in Portugal – and only the fourth in Europe – the spectacular par-72 clifftop links – which is managed by Praia D’El Rey – has been created over 200 hectares of natural landscape, rolling sand dunes and coastal vegetation, and offers sweeping views of the Atlantic Ocean from each hole.

Chris Bertram, the Top 100 editor, said about West Cliffs: “A brilliant site has been worked exceptionally well to create a continental superstar.

“It now takes something exceptional to enter this Top 100 in the top 25. For a newcomer to come in so high it has to be exceptionally good. West Cliffs is exactly that.

“No more than five courses in the list are as aesthetically pleasing and it is clear Cynthia Dye has put extraordinary effort into making every hole dramatic yet sensible. As it matures, a top-20 slot feels inevitable, and a top-10 position feasible.”

Speaking about Praia D’El Rey, the Golf World panel added: “There are some spectacular inland holes, but the best are those who look the Atlantic in the eye.”

Francisco Cadete, director of golf at Praia D’El Rey Marriott Golf & Beach Resort and West Cliffs Golf Links, said: “To have two courses in the Top 100 would be special, but for both our courses included in the top 30 is a fantastic achievement and makes us incredibly proud.

“The global feedback that we’ve received on West Cliffs since it opened has been amazing and the course is only going to get better as it matures. When you combine this with the course at Praia D’El Rey and other facilities available, it’s quite right that we are regarded among Europe’s elite golfing venues.”