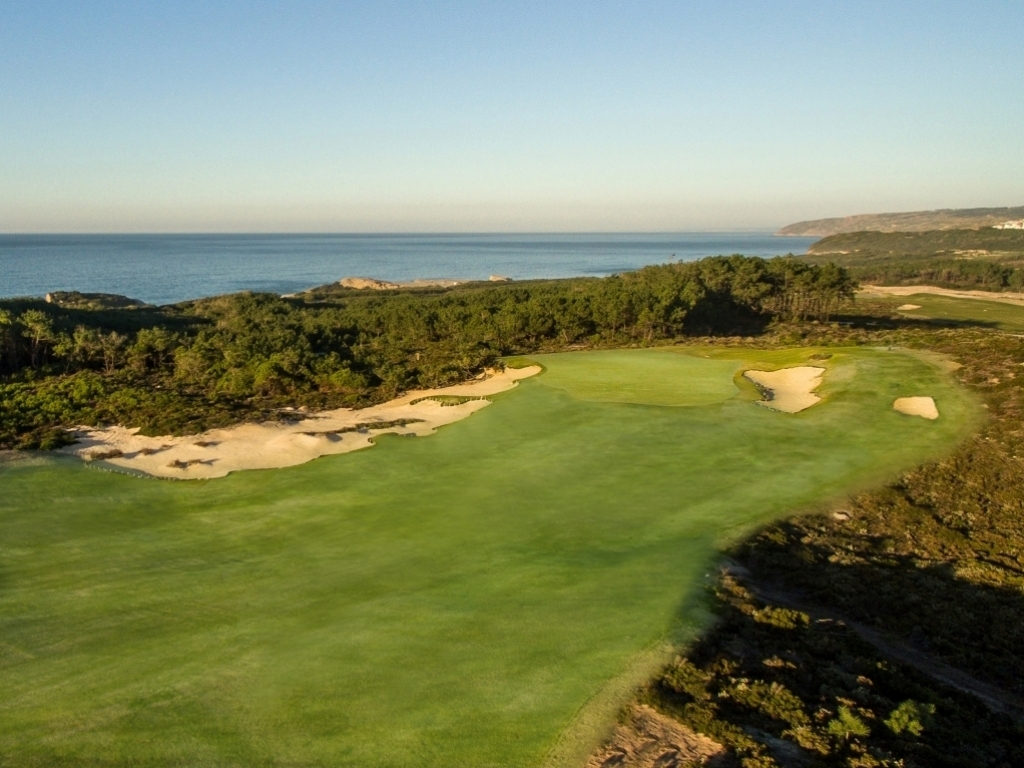 West Cliffs Golf Links in Portugal, Europe’s most exciting new golf development, is a leading contender for worldwide recognition after being shortlisted to be named as the world’s best new golf course at the 2017 World Golf Awards.

The new Cynthia Dye layout, which opened to rave reviews earlier this summer, is one of only three courses to be nominated for the leading award at the top industry event, which will take place at La Manga Club in Spain in November.

Located less than an hour north of Lisbon on the magnificent Silver Coast, West Cliffs is the continent’s most talked-about new golf design project and is already being tipped to become the number one golf course in Portugal.

The first Dye golf course in Portugal – and only the fourth in Europe – the spectacular par-72 clifftop links has been created over 200 hectares of natural landscape, rolling sand dunes and coastal vegetation, and offers sweeping views of the Atlantic Ocean from each hole.

Francisco Cadete, director of golf at West Cliffs Golf Links, said: “We knew when West Cliffs was being created that it was going to be something special, and the response that we’ve received from everybody has been fantastic.

“The course has everything needed to be one of the new stars of European golf, and it’s a great honour for us to be in contention to receive such a prestigious accolade so soon after opening.”

Managed by Praia D’El Rey Marriott Golf & Beach Resort, construction work on West Cliffs began in February last year, with Dye and her team from Dye Designs Group working in close collaboration with the local government to ensure minimum disruption to the environment, and to create a harmonious and sustainable links in an enviable location.

Fitting seamlessly into its natural surroundings, the layout measures a testing 7,003 yards in length, while complementing it is a golf academy and stylish and eco-friendly clubhouse that offers guests exclusive panoramic views of the course and the Atlantic Ocean beyond from three sides of the glass-fronted building.

The World Golf Awards honour is one of three that Praia D’El Rey could win when the 2017 edition of the awards is held at La Manga Club from November 23-26.

Opened in 1997, Praia D’El Rey resort boasts an extensive array of other world-class sports, leisure and accommodation facilities including a Marriott hotel, a wide selection of villas, a tennis academy, a luxury spa and health club and numerous watersports and restaurants.