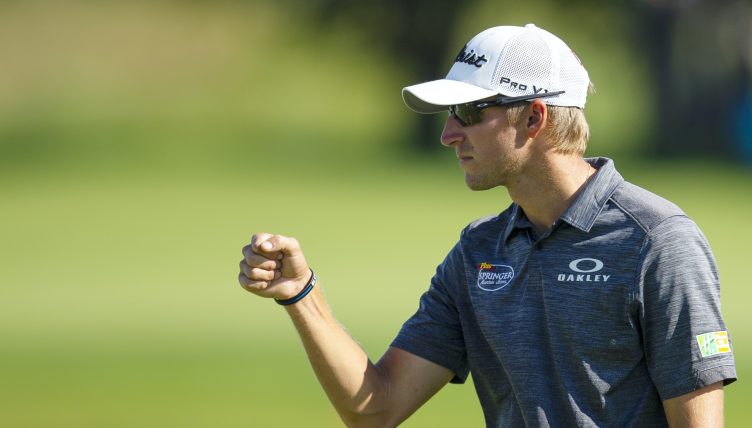 Richy Werenski shot a three-under 68 to hold onto a share of the lead with fellow American Michael Thompson heading into the final day of the 3M Open in Minnesota.

Werenski birdied three of the last four holes to sneak up on Thompson, who held a four-stroke margin until the 15th, where he missed an eight-foot birdie putt.

The pair started and ended the day sharing the lead, walking together to the clubhouse on Saturday evening at 15-under-par 198.

They ended two shots clear of South Africa’s Charl Schwartzel, who had a strong day with the putter to finish with a five-under 66, and American Tony Finau (69).

Finau, the world number 17, struggled through much of the day at just one-under 14 until a birdie on the 15th took him within two shots off the lead.

England’s Tom Lewis, the only Briton to make the cut, opened with a pair of birdies en route to an impressive four-under 67, which left him tied for 33rd, eight shots off the lead.