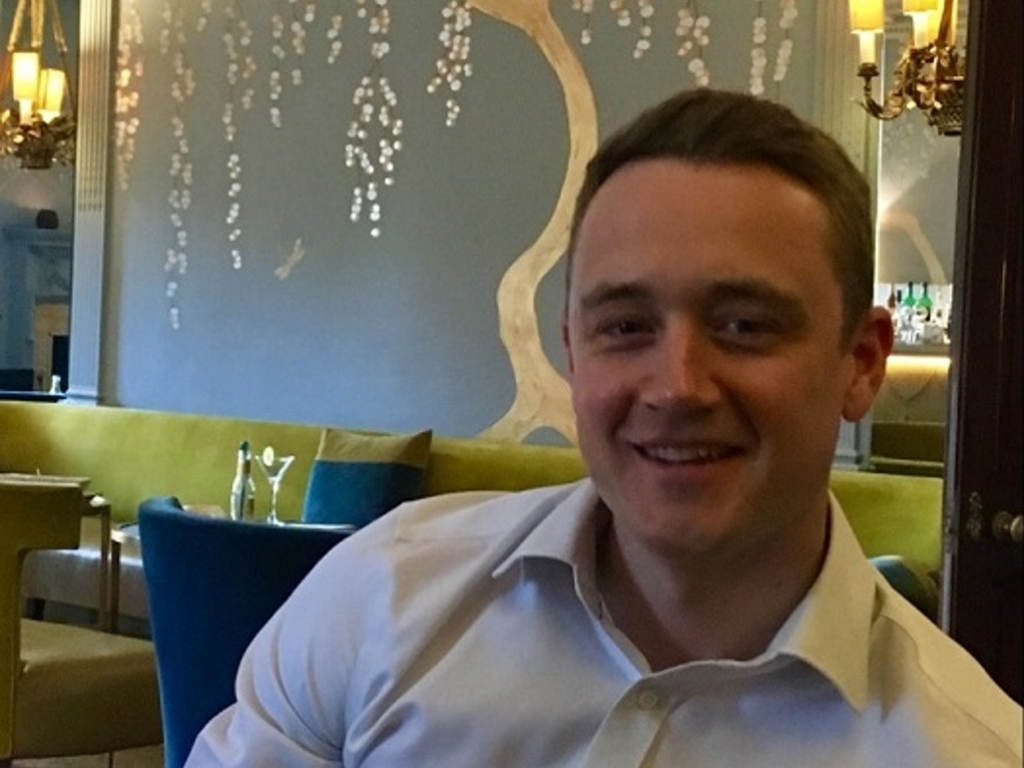 A novice golfer took a giant step nearer winning an incredible $1million after bagging an ace playing a popular hole-in-one competition – while wearing a pair of wellies!

Million Dollar Hole In One (MDHIO), the company that runs the popular par-three, hole-in-one-challenge around Europe, has teamed up with retail giants American Golf to give players the chance to win the bank-breaking prize pot during American Golf’s Championship finals at the Belfry on Thursday September 7th.

The 10 competitors who get nearest the pin, or sink their shot at one of the American Golf stores across the UK and Ireland, using the Foresight GC2 simulator, then qualify for the $1m Belfry final shootout.

Chris Johns, 31, from Dunblane, who does not even have an official handicap, became the first player to score a hole in one and qualify when he managed it at the American Golf show at the Scottish Open, Dundonald Links.

And his feat was made even more incredible as the modest commercial property analyst admitted: “I’ve never been a member of a golf club, but Dunblane Golf Club would be my local club, and I’ve never had a handicap.

“I have played golf before but If someone asked me if I play the game in any real sense I’d have to say ‘no’. I was only there because my American friend Tony wanted to go. I turned up in wellies among a crowd of golfing enthusiasts, so stood out like a sore thumb.”

More than 5,000 competitors tried their luck in the opening three weeks and there is still time for golfers to join the fun and scoop the $1m jackpot as the MDHIO free-to-enter competition runs until August 20th. As well as the 10 closest to the pin or managing an ace, one entrant will qualify for the final, where winners will also be treated to a complimentary night’s stay and a gala dinner, courtesy of a lucky draw on August 21st.

Mick Barnes is also a guaranteed finalist as he also netted a hole-in-one at American Golf’s Stoke store, while currently the sole female qualifier on the leaderboard is Georgina Wrixon, who landed just nine inches away at the Exeter store.

MDHIO director Martin Tyrrell said: “This shows you don’t have to even be brilliant at golf to be in with a chance of winning $1m. Chris is halfway to achieving this and we wish him all the best in the final.

“And to do it in wellies is even more incredible. Perhaps I will get rid of my golf shoes and try wellies next time I’m on the course! There’s still plenty of time for others to try their luck and it is certainly shaping up to be a cracking day at the Belfry.”

MDHIO is also running a parallel competition to win another $1m with this year’s final at the stunning mountain setting of the Golf & Spa Grand Tirolia Kitzbühel, Austria on September 11th.

To find out more about which stores are holding qualifying events and check out the UK leaderboard simply visit www.americangolf.co.uk/milliondollar You can also follow all the action @AmericanGolf_UK using #AGMillionDollarChallenge.