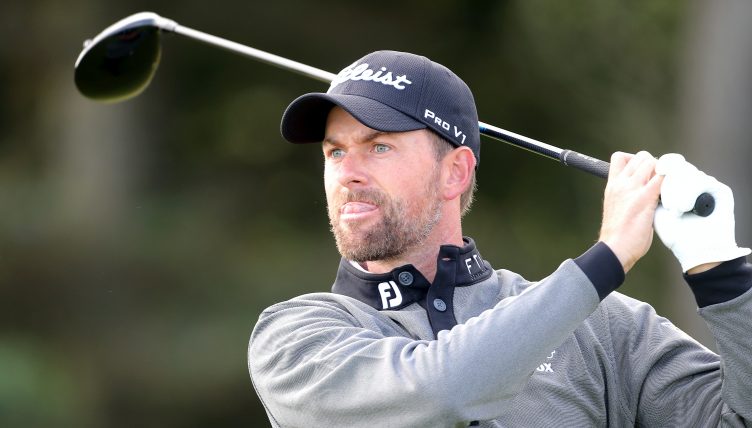 Webb Simpson has claimed the PGA’s RBC Heritage event with a tournament record score of 22-under 262.

The American was untouchable down the stretch at Hilton Head, South Carolina on Sunday, claiming five birdies on the back nine to finish with a seven-under 64.

Simpson’s stellar closing run proved to be just enough to edge out Mexico’s Abraham Ancer, who finished one shot back at six-under 65.

The win lifted Simpson to number five in the world, following his victory at the Phoenix Open in February.

England’s Tyrrell Hatton, who went into round four with a share of the lead, was ultimately forced to settle for third alongside America’s Daniel Berger.

After steaming into contention with an eight-under 63 on Saturday, Hatton was left to rue a wayward tee shot on the 13th which led to a bogey.

A birdie on the 16th then proved too little for the 28-year-old to compete with Simpson’s blemish-free back-nine performance.

Meanwhile world No 1 Rory McIlroy closed out another lacklustre tournament with a one-under 70 on Sunday to tie for 41st place at 11-under.

After bouncing back from a disappointing opening day with a 65 and 66 on Friday and Saturday, McIlroy quickly dropped out of contention on Sunday thanks to a double bogey on the fourth.

The result marks the second tournament in a row that the Northern Irishman failed to finish in the top 30.

Justin Rose closed out the tournament strongly with a six-under 65 while Ian Poulter and Matthew Fitzpatrick both shot 68 on Sunday to join him at 13-under.

The PGA Tour continues on Thursday with the Travellers Championship from TPC River Highlands in Connecticut.