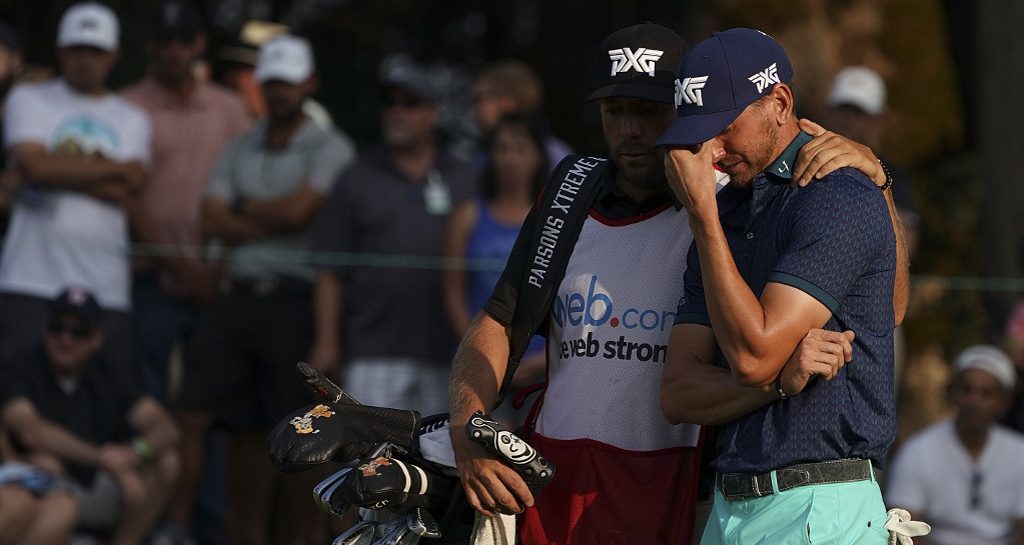 Golf can be a cruel sport sometimes. Just ask Kevin Dougherty, who missed out on securing a PGA Tour card by the narrowest of margins on Sunday.

The Web.com Tour’s final regular-season event, the WinCo Foods Portland Open, saw 25 golfers graduate to the PGA Tour by virtue of finishing in the top 25 of the Web.com Tour money list.

There wasn’t actually much movement on Sunday, with only one player – John Chin – jumping into the top 25 after starting the week outside it.

Chin finished in second place, four shots behind winner Sungjae In, to move from 41st to 10th on the money list, and you could see how much it meant to him after he rolled in his birdie putt on the par-5 18th hole:

He birdies the last to move from 41st on the money list at the start of the week @PortlandOpen to projected 10th, which would earn him a @PGATOUR card! pic.twitter.com/sm8iI2RwBB

Shin was so very nearly joined by another big mover in Kevin Dougherty, who started the week in 36th place but gave himself a great chance of forcing his way into the top 25 after opening with rounds of 67-67-69 to put himself in the top five on the leaderboard.

Dougherty did not have the best of final rounds, however, but a birdie at the 17th moved him to one under for the day and gave him a chance of a top-25 finish if he could birdie the 18th as well.

Unfortunately, his third shot came up just short of the green, leaving him with a 25-foot chip for glory.

It was a pretty straight and makeable chip, however, and the ball looked to be tracking right towards the hole and into the cup… but alas, it didn’t drop:

This shot from Kevin Dougherty for a @PGATOUR card.

Kevin Dougherty will continue the quest in the #WebTour finals. pic.twitter.com/J4r0GddEGT

Dougherty took the disappointment pretty hard, and was in tears being consoled by his caddie afterwards.

“I mean it was pretty dead center, I thought. It had the line,” he said later. “I thought it might end up a hair short. But it just missed a hair left.”

Dougherty will dust himself off, however, and try again next year.

“I just have to keep the momentum going,” he said. “Same mindset, same routine, we’ll get it done.”