Watson up by one at Riviera 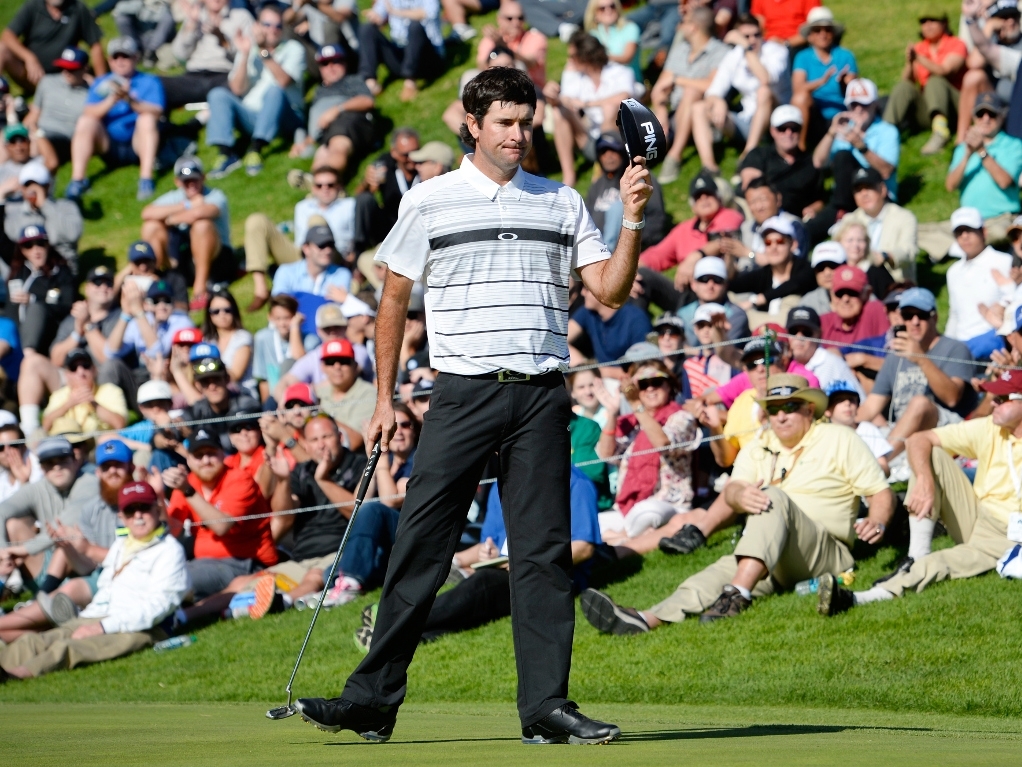 Bubba Watson carded a four-under-par 67 to take a one-shot lead at the Northern Trust Open on Saturday.

Watson, who is on 12-under, is closely followed by second round leader Jason Kokrak, Chez Reavie and Dustin Johnson, all of whom are on 11-under.

Rory McIlroy is a further stroke behind in a tie for fifth with Kevin Chappell, K.J. Choi, Adam Scott and Marc Leishman.

Watson, who is looking to win his second title at the event in three years, began his round on a high as he made two birdies at the first and fourth before committing his lone blemish of the round at the eighth, where he made a bogey after missing a 27-foot par putt.

However, the world number six bounced back by making three birdies on the back nine and subsequently catapulted himself into the lead heading into the final round on Sunday.

Kokrak, who fired a one-under-par 70, struggled early on in the third round as he made a birdie and two bogeys, both of which occurred as a result of him missing close range putts. However, Kokrak kept himself in contention with a strong back nine as he made three birdies, which included a 20-foot putt at the 14th, and a bogey.

Reavie maintained his position in second on the leaderboard after hitting a two-under-par 69, which consisted of three birdies, three bogeys and a brilliant 33-foot eagle putt at the par-four 10th.

Johnson climbed up one spot on the leaderboard following his round of 68, during which he made five birdies, which included a 34-foot putt at the fifth, and two bogeys.

Meanwhile, McIlroy shot up two places after his round of 67, which began with him making two birdies and a bogey on the front nine. Despite his mediocre start to the round, the world number three shifted his game to the next level on the back nine as he started with a birdie at the 10th before going on to make two more at the 15th and 17th.