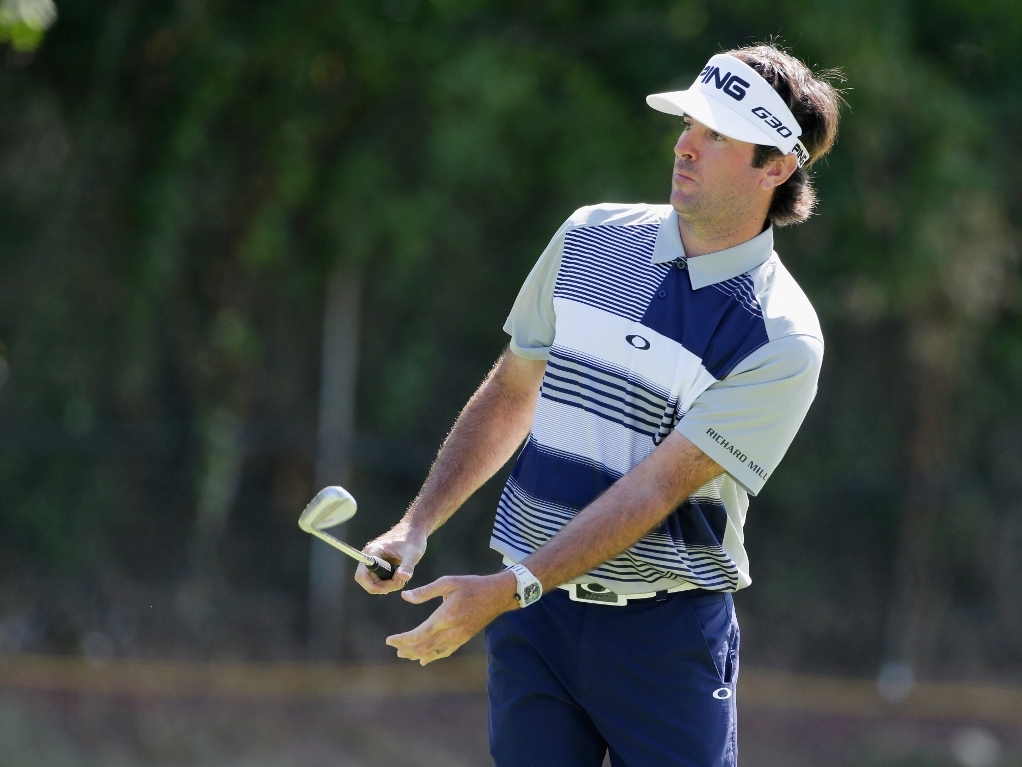 Bubba Watson got his campaign at the Barclays off to a superb start with a five-under-par 65 to share the first-round lead, while Jordan Spieth struggled to a 74.

Joining Watson at the top of the leaderboard are Spencer Levin, Camilo Villegas and Tony Finau. Danny Lee, Jason Dufner, Cameron Tringale, Russell Knox, Paul Casey and Bryce Molder are one stroke back in a tie for fifth after firing 66s.

PGA Championship winner Jason Day got off to a solid start as he is three strokes behind the leaders after carding a two-under-par 68, but there is cause for concern as the world number three appeared to aggravate a back injury.

Spieth had a tough time of it in his first round as the world's top-ranked player, carding a four-over 74 to sit all the way back in a tie for 95th and in real danger of missing the cut.

Watson, who began at the tenth tee, was on song on his front nine and made five birdies to take the turn in 31. His excellent run continued on his closing nine as he sank a 20-foot birdie putt at the third before following it up with another birdie at the fourth.

Levin and Villegas made six birdies and a bogey during their respective rounds, while Finau recorded eight birdies and three bogeys.

Lee, Dufner, Tringale, Knox, Casey and Molder are a shot off the pace after carding 66s, while Matt Jones, Kevin Kisner and Johnson Wagner are among those on three-under.

Day, Rickie Fowler and Phil Mickelson headline the group on two-under, three shots back and in a tie for 18th.

Day, who was forced to pull out of Wednesday's pro-am due to a back injury, appeared to re-injure his back on Thursday, but managed to soldier on to card a 68. It remains to be seen whether the Australian will be able to continue, but playing in his favour is the fact that he has a late tee time on Friday.

Spieth had a day to forget after producing his worst round in three months as he slumped to a four-over 74. The Texan started started on the back nine and notched up birdies at 10th and 16th before it all fell apart on the closing nine.

Bogeys at the first and second were followed by a double bogey at the third after the 22-year-old found the water. A birdie at the fourth briefly hinted at a revival, but further bogeys at the fifth, seventh and ninth put pay to such hopes as Spieth ended on a six-over 40 for his closing nine, and four-over for the round

It was only the third time in 33 rounds that Spieth has failed to break par, and it his worst overall score since the Players Championship, although his 75 at the May event was achieved on the par-72 TPC Sawgrass course.

Despite Rory McIlroy's absence at the Plainfield Country Club this week, Spieth needs to finish in at least a tie for 14th to hold onto the number one spot in the rankings.