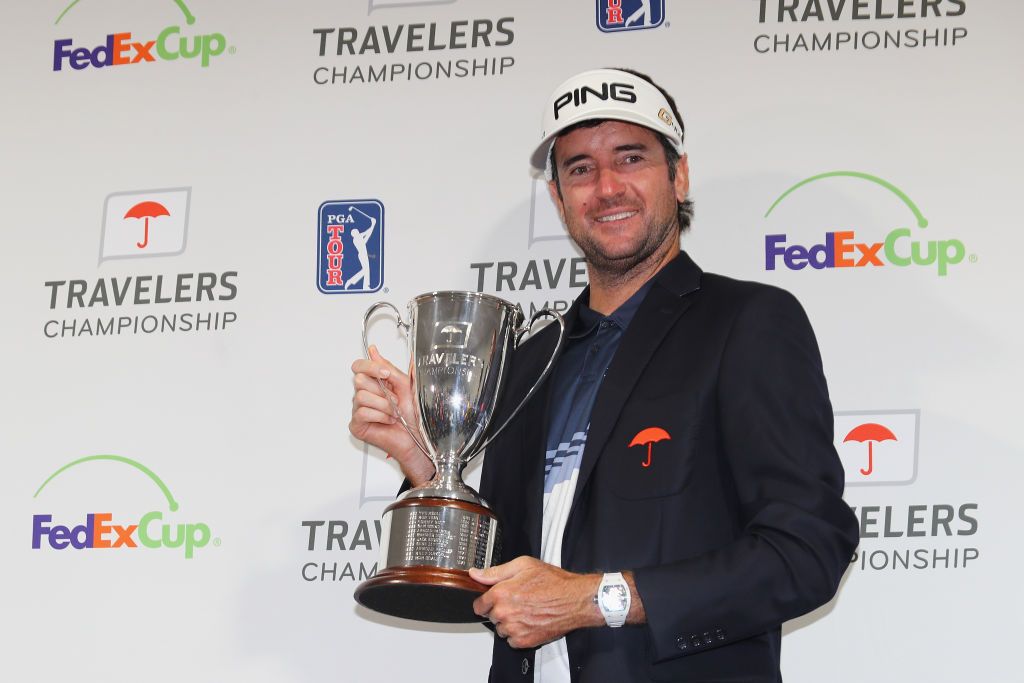 The PGA Tour travels to West Virginia this weekend and Bubba Watson is looking to make some putts as the business end of the season approaches.

The Tour pays tribute to the US military at the Greenbier on Thursday and 12-time winner, Watson, is keen to add to what has already been a strong season.

The flamboyant left-handed shot-maker claimed a three-shot victory at TPC River Highlands a fortnight ago, following on from earlier wins at the Genesis Open and WGC-Dell Technologies Match Play.

Currently ranked third in the Fed-Ex Cup standings, the 39-year-old has his sights set on being in the winner’s circle come late September and he knows if he wants to achieve that goal, he needs to ensure that putts start dropping now.

“My expectation is always trying to win,” Watson told the media on Tuesday in West Virginia – his home for half the year.

“I’m looking forward to the challenge.

“Hopefully I make some putts like I did at Travelers, and that’s the key to anybody’s game. If you can make some putts, we can all hit the ball. So it’s just making the putts at the right time to keep the momentum going.

Watson, Phil Mickelson and Tony Finau are the favourites this week.