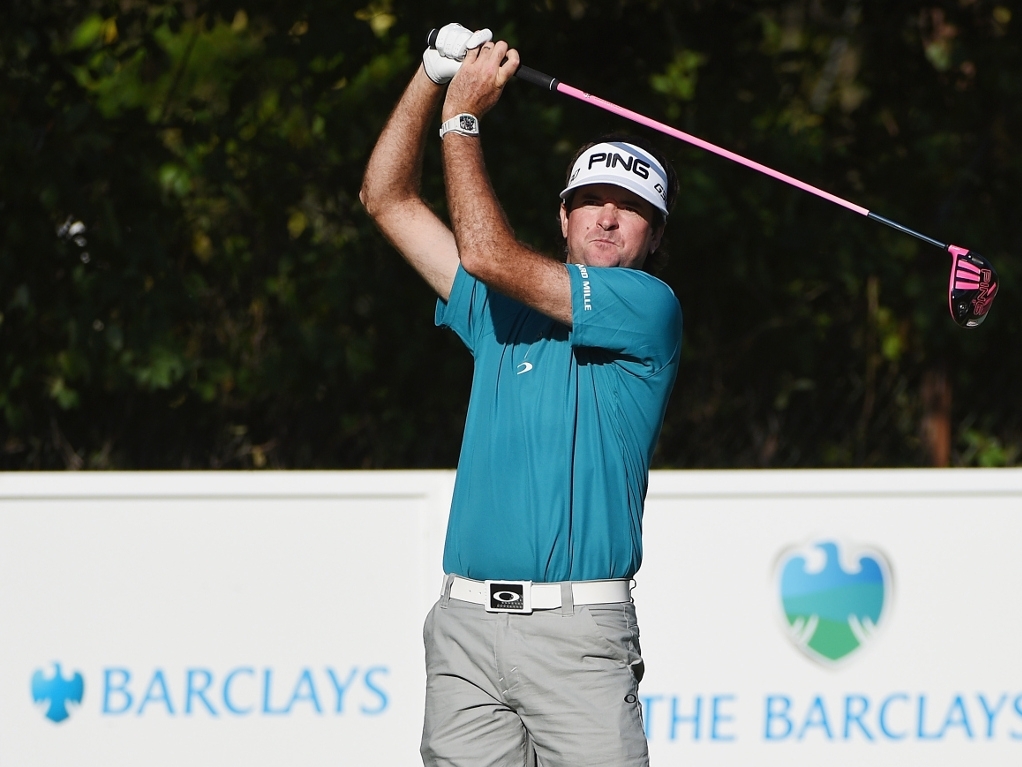 Bubba Watson fired a two-under-par 68 to keep hold of a one-shot lead at The Barclays, while Jordan Spieth was cut after carding a three-over-par 73.

Open Championship winner Zach Johnson surged into a tie for second following a five-under-par 65 and shares the spot with Henrik Stenson, Tony Finau and Jason Dufner.

Meanwhile, PGA Championship winner Jason Day had a lot of success on Friday as he ascended up the leaderboard into a tie for eighth after notching a two-under-par 68.

Watson did not have the best of front nines, carding only one birdie at the seventh that was cancelled out with a bogey at the next hole.

However, he soon found his rhythm and made birdies at the 12th and 15th. A second bogey followed at the 17th, but the two-time Masters champion made up for it with a 12-foot birdie putt at the 18th to finish on seven-under.

Watson's birdie on the last hole proved to be crucial as it snapped a five-way tie and gave him the outright lead.

Spieth will lose the world number one spot again after this week, as he failed to impress in his first tournament after reaching the summit of the world rankings. The reigning Masters and U.S. Open champion dethroned Rory McIlroy as the top-ranked golfer after finishing second at the PGA Championship earlier this month.

After carding a 74 in his first round, Spieth continued to struggle on Friday, making four birdies and five bogeys. However, his worst moment of the day came at the 12th, where he registered a double bogey having hit the ball into a hazard before incurring another penalty for stepping on his ball while searching for it.

The 22-year-old eventually finished on seven-over and became the first player in history to miss the cut in his first tournament since becoming world number one.

Johnson meanwhile excelled at the Plainfield Country Club on Friday, notching two birdies at the 12th and 14th before proceeding to make three more on his back nine, the highlight of which came in the form of a 20-foot putt at the second.

Day, who injured his back on Thursday, continued to play on and remains in contention as he made three birdies on the front nine. However, despite recording one birdie and two bogeys on the back nine, the 27-year-old finished on four-under and remains three strokes off the lead after 36 holes.