WATCH: Tommy Fleetwood on his impressive second-round 66 and Masters chances 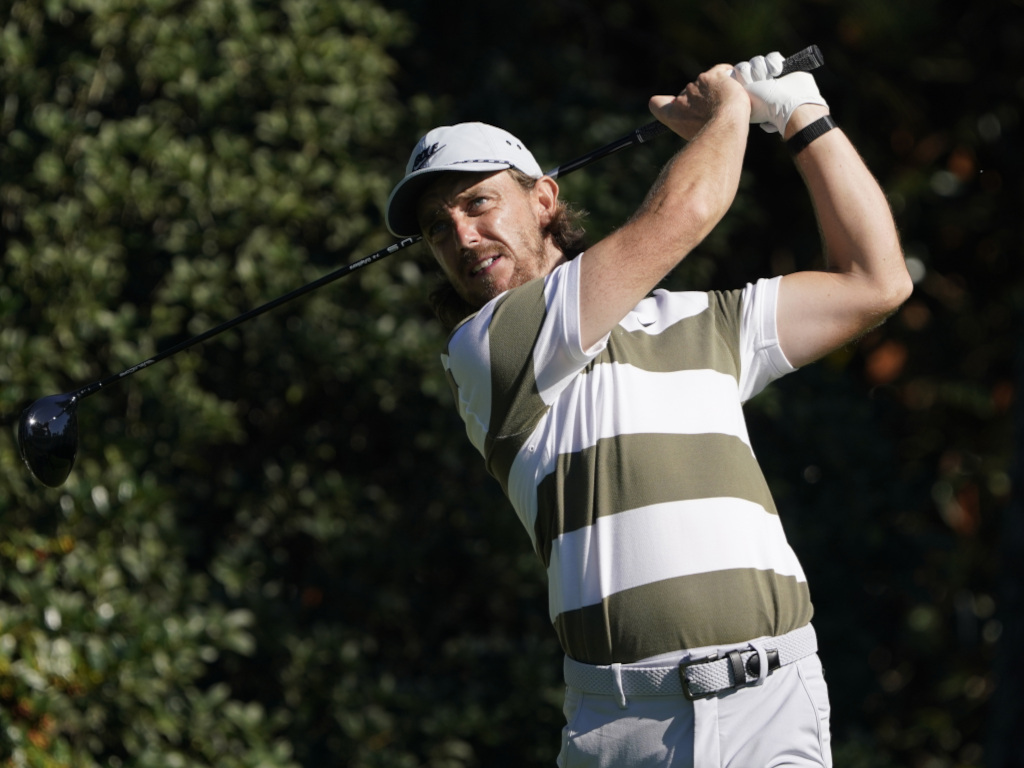 Tommy Fleetwood played himself into contention at the Masters on Friday with a superb 66, as he continues his hunt for a maiden major title.

Fleetwood’s 66 equalled his best from the third round in 2018, the 29-year-old following a bogey on the first with three straight birdies and picking up further shots on the eighth, 13th, 15th and 18th to finish on seven under par.

The Englishman first had to complete the last seven holes of his second round, and managed to add a couple of late birdies to salvage a 71, which set him up nicely for his second round.

Fleetwood said he felt better and better as the day progressed, and by the time he got to the back nine of his second round, he felt like he was creating chances for himself every single hole.

“Today was a pretty long day. Early start, and it was a quick turnaround, so you knew it was going to be a bit of a slog for the day… but there’s worse places to play,” said Fleetwood, who lies just two shots off the pace heading into the weekend.

“Twenty-five holes in a day, it was good really. I struggled this morning, hit a couple of really poor shots, but managed to finish with a couple of birdies which at least got something out of it.

“Even the front nine was a bit of survival at times. I wasn’t playing that great, but I was putting really well and happened to just be making a score like that.

“But then the back nine I felt like I had a chance on every hole and, yeah, nice to get one on the last, another one.”

Fleetwood said while the greens played much quicker on day two than they did on day one, the conditions were still pretty receptive for good scoring.

“This morning it was a lot quicker, the greens were completely different. Way quicker, putts were rolling out more, you had to play a bit higher,” he said.

“But it’s still soft. It’s still playing pretty receptive into the greens, even though it has been that bit firmer.

“You can tell they’re not going to be messing around – they’re going to keep firming this course up, and it’s going to play different again tomorrow.

“So you just take each day as it comes at Augusta, and run when you got a good score like today.”

Asked what he’d learned about major championship golf from his runner-up performances in the US Open and The Open, Fleetwood said: “It’s hard.

“There’s four days of golf and anything can happen throughout the week, no matter where you’re standing.

“Generally, the guy who stays patient, hangs in there and keeps going… but I’m yet to win one, so I’m not the highest qualified person to tell you how to go in majors, but hopefully my time will come,” he joked.