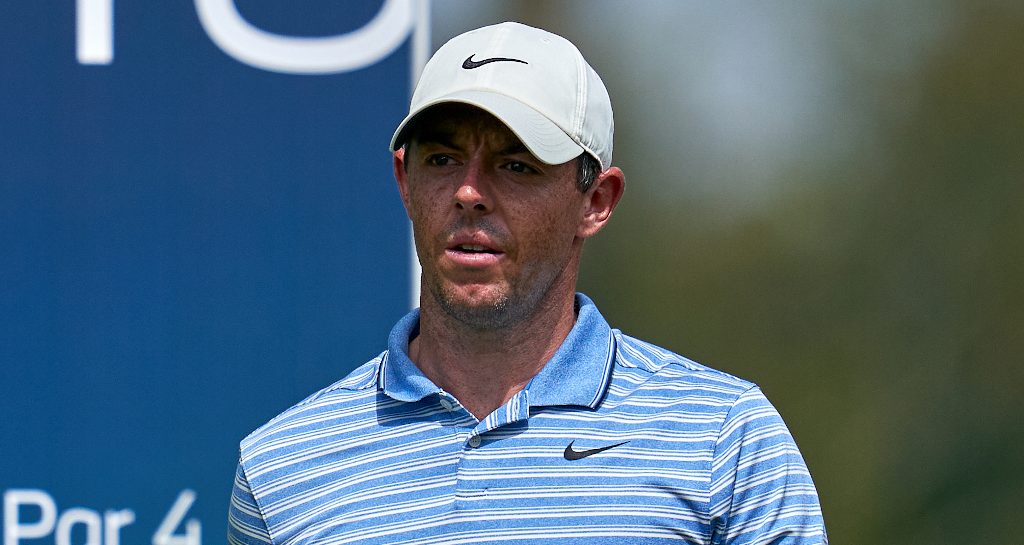 After weeks of being way off the pace, Rory McIlroy has finally found his touch on a golf course where most are finding it a real struggle.

The Northern Irishman holds a share of the lead at the BMW Championship after emerging as one of only two players to finish under par at the brutal Olympia Fields course on Friday.

Rounds of 70 and 69 leave him tied for the lead with Patrick Cantlay on one under par, and he credited a change in driver and a newfound level of focus for the turnaround.

“I think I gained a shot and a half on the field off the tee yesterday. I don’t know what it’s going to be today, but I hit some really good drives, which is a lot different than the last few weeks.

“I lost strokes on the field with my driver last week… probably similar in San Francisco as well.

“So I went home at the start of this week and tested a number of different setups, different heads, different shafts, and actually landed on a driver that I tested back in Connecticut at the Travelers, and it’s working really well so far.

“It’s got a little bit more spin on it so it holds its line a little better, which has been really good this week, especially with a lot of these crosswinds.”

But it’s not just McIlroy’s equipment that’s playing along. After admitting last week that he’d been struggling to focus amid the subdued atmosphere at tournaments since the PGA Tour’s resumption in June, an intensely challenging golf course appears to have done the trick for him from a mental perspective.

“It helps me focus,” McIlroy said of Olympia Fields’ difficulty.

“I made a couple of comments last week about really finding it hard to focus and concentrate, but when you’re presented with a setup and a golf course like this, you have no other choice.”

“You have to focus, you have to concentrate, you’ve got to think about every single shot.

“If anything, this course has helped me think a little bit better this week, and I think that’s why I’ve played better.”