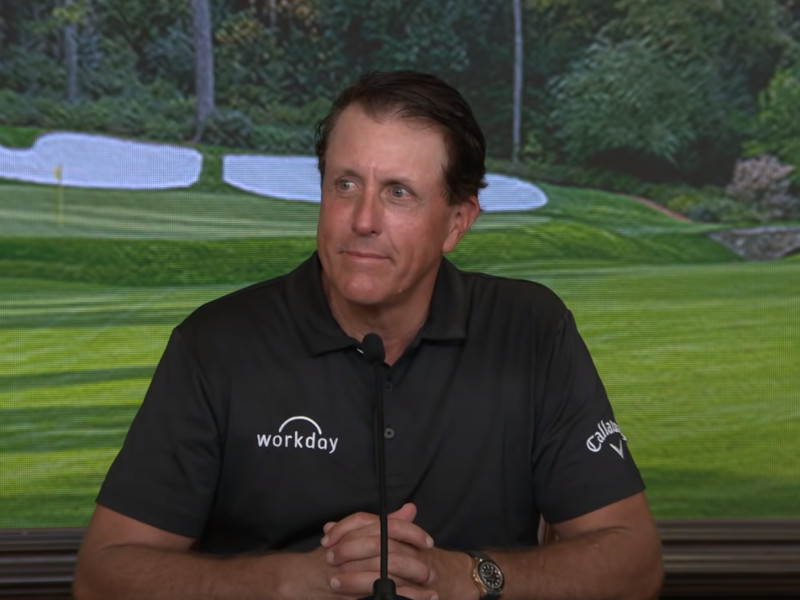 Three-time Masters winner Phil Mickelson has no doubt Rory McIlroy will go on to clinch a green jacket and complete the career Grand Slam.

Since winning the Open Championship back in 2014, McIlroy has been on a six-year quest to claim the final major championship missing from his trophy cabinet, but so far he has come up short at Augusta every time.

The Northern Irishman has now gone six years without a single major win, leading some to speculate if his chances of completing the Grand Slam have maybe come and gone.

But Mickelson reckons McIlroy simply has too much talent, skills and smarts not to get the job done.

“The guy is as complete a player as there is, as well as smart, knowledgeable… and he works hard,” Mickelson said during his press conference at Augusta on Wednesday.

“So he will win and complete the Grand Slam. He’s too great a player not to.

“I would be shocked if he wasn’t in contention with a great chance on Sunday.

“So whether it’s this year or a few months from now… whether it’s a few years… he has so many majors already and such a strong game that winning a Masters will happen and when he does I think he’s going to win a few.”