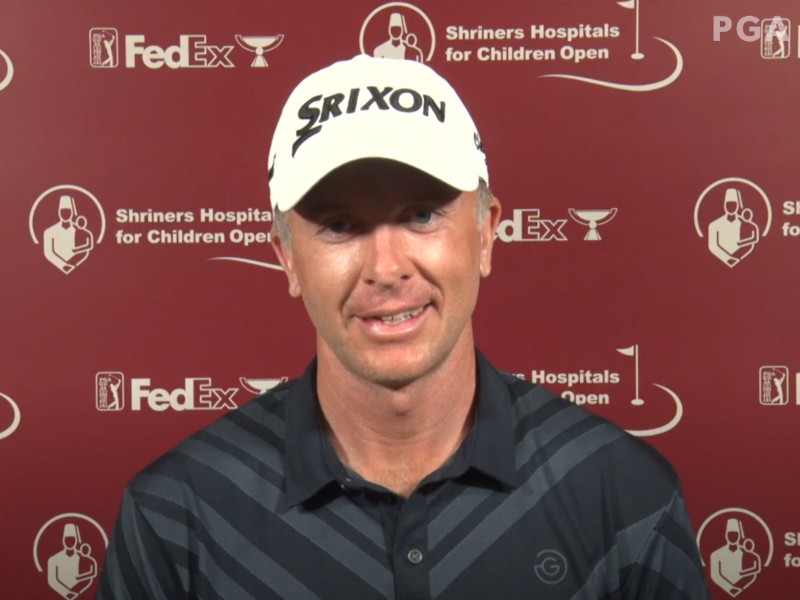 Martin Laird couldn’t help but get a little bit choked up after clinching his first PGA Tour win since 2013 at the Shriners Hospitals for Children Open in Las Vegas.

The Scotsman overcame a closing bogey on the 72nd hole to beat Americans Matthew Wolff and Austin Cook in a three-way play-off and secure his fourth PGA Tour title.

But it’s the seven-year wait for title number four that had the 37-year-old feeling particularly grateful to come out on top – particularly as he was only able to play in Las Vegas by virtue of a sponsor’s exemption.

“It’s been a while, so…” Laird said before trailing off as his emotions got the better of him.

“You know, I’ve been working hard. Seven years since my last one, but I’ve been feeling my game now is probably as good as it has been.

“I’ve been playing well the last few weeks, I just haven’t really had the results.

“I love it here. They were nice enough to… I needed a sponsor exemption to get in this week… so a big thank you to Shriners for giving me that spot.

“But obviously I’m going to really enjoy this one.”

Now that he has another PGA Tour victory under his belt, Laird won’t have to rely on sponsor’s exemptions anymore.

Asked how the win changed his goals for the remainder of the season, Laird smiled as he fought back tears.

“I haven’t really had time to even think about that… as you can tell, it’s emotional,” he said.

“I can’t wait get back to see my kids and my wife and celebrate with them.”