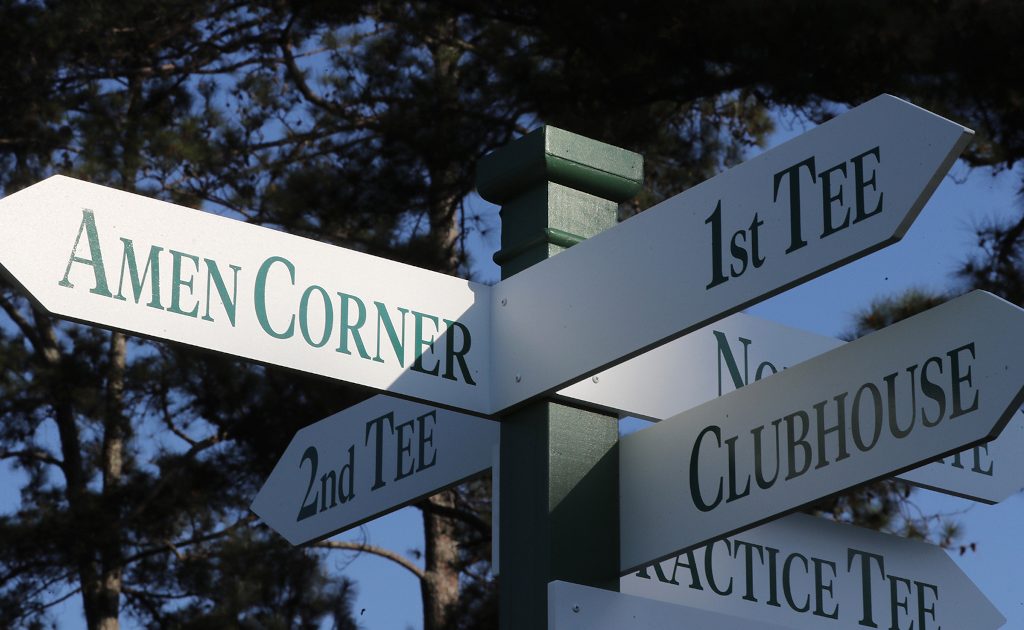 Eddie Pepperell demonstrates how to play the famous Amen Corner at The Masters with Sky Sports’ Jamie Weir taking on the role of caddie.

Amen Corner is considered one of the most special places in all of golf. Augusta’s 11th, 12th and 13th holes are loved by fans and feared by the players in almost equal measure, as it never fails to deliver drama.

The name was coined by Herbert Warren Wind in a 1958 issue of Sports Illustrated, who wrote of the sacred spot: “At the farthest reach of the Augusta National course—down in the Amen Corner where Rae’s Creek intersects the 13th fairway near the tee, then parallels the front edge of the green on the short 12th and finally swirls alongside the 11th green.”

Wind was inspired by a 1933 jazz song called ‘Shouting at Amen Corner’ by Mildred Bailey and the Dorsey Brothers Orchestra.

The par-4 11th hole – White Dogwood – now measures over 500 yards and has trees down the right of the fairway, a green guarded by water front and left and a bunker right center. Larry Mize famously chipped in here to beat Greg Norman in a play-off in 1987, but consider that the exception to the rule.

The par-3 12th – Golden Bell – is one of the most famous short holes in golf. Club selection can be tricky due to varying winds. The green is wide but narrow. Players must find the putting surface, as there’s water in front and plenty of trouble at the back. It’s a hole that can make or break a round.

Players who have found the center of the fairway on the par-5 13th – Azalea – have a chance to go for the green in two on this massive dogleg left. A tributary to Rae’s Creek runs along the front of the green, while four bunkers lie in wait behind.

Watch as Pepperell gives you a special inside look into what it feels like and what you need to do to survive this historic three-hole stretch: