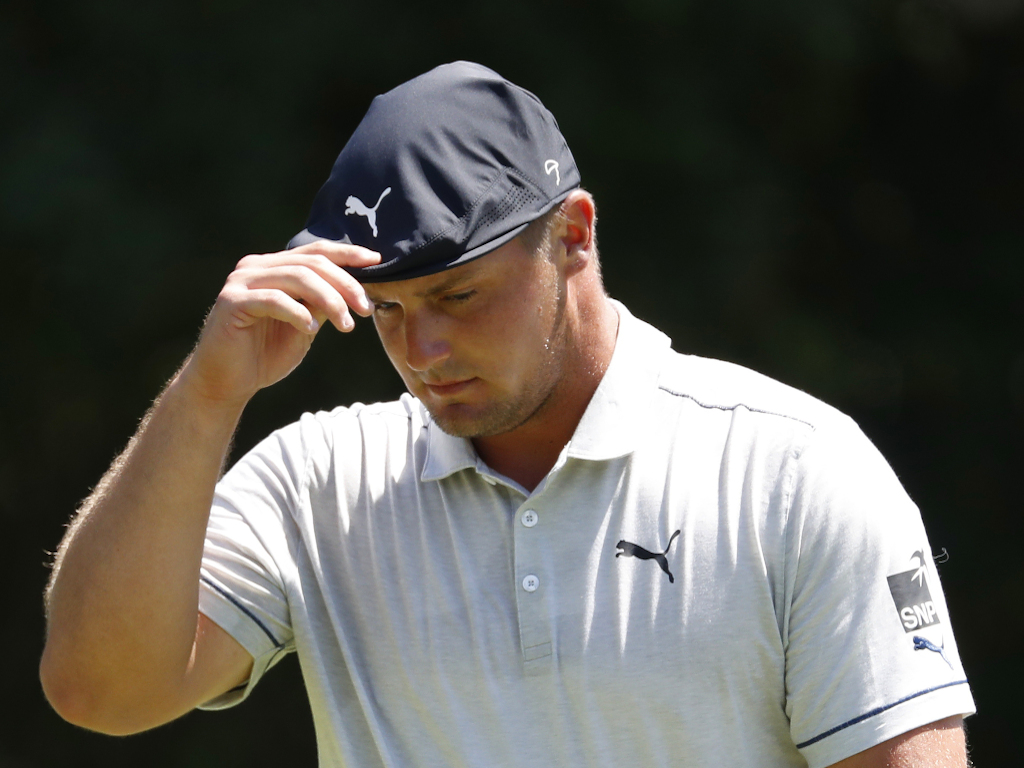 It’s no surprise that Bryson DeChambeau will be going all out to try and make the most of his advantage off the tee at this week’s Masters.

The American dominated the build-up to November’s Masters after blasting his way to a six-shot win in the US Open in September.

The list of which clubs he was hitting into each hole during practice featured nothing above a six iron and he made the bold claim that he viewed the course as a par 67 due to all the par-5s being within reach.

In reality, the best he could manage was a tie for 34th, but he won the Arnold Palmer Invitational in March and was third in the Players Championship and length remains an advantage at Augusta National.

DeChambeau is convinced he has the ability to bring Augusta to his knees one day and that it could come at any moment.

Asked on Tuesday if he thought his length was an advantage at Augusta, he didn’t hesitate: “Absolutely it is.

“I think there are numerous holes out there where it can be pretty helpful, with as far as I’m hitting it I guess right now.

“And then there are times when it doesn’t always help, you know, at No 7 you gotta be straight off the tee, so no matter what you’ve still got to get the golf ball into the hole.

“Hopefully the length will help on the par-5s and some of the par-4s, but no matter what, chipping and putting is key around here.”

Because Augusta is playing firmer and faster in April than it did in November when the 2020 Masters was held, DeChambeau said he’s going to be even more aggressive off the tee than last time.

“Yes, there are going to be holes where I’m taking a little more aggressive lines than last November, and I hope the golf ball runs out a lot more than last year, because that’ll leave me some shorter wedges, which will be nice.”

Asked what the most important numbers were for him when practicing with the Launch Monitor, DeChambeau’s answer was indicative of where his focus is at the moment.

“For me, speed right now. Trying to get it as fast as possible. If I can get it to 200 [MPH] on average out there on the golf course, that would be amazing.

“I’m still working my way up towards that, but [I am] certainly working towards doing that one Masters.”

Despite all the talk of his length off the tee, DeChambeau was quick to point out he understood the challenge of Augusta’s greens as well.

“Yeah, you have to roll the ball well,” he added. “This week’s a little different, obviously you have to use your eyes, and I love that challenge. I think it’s a great challenge, and one that I did back in junior golf and I feel like I still am OK and I can play like I’m a kid again.”