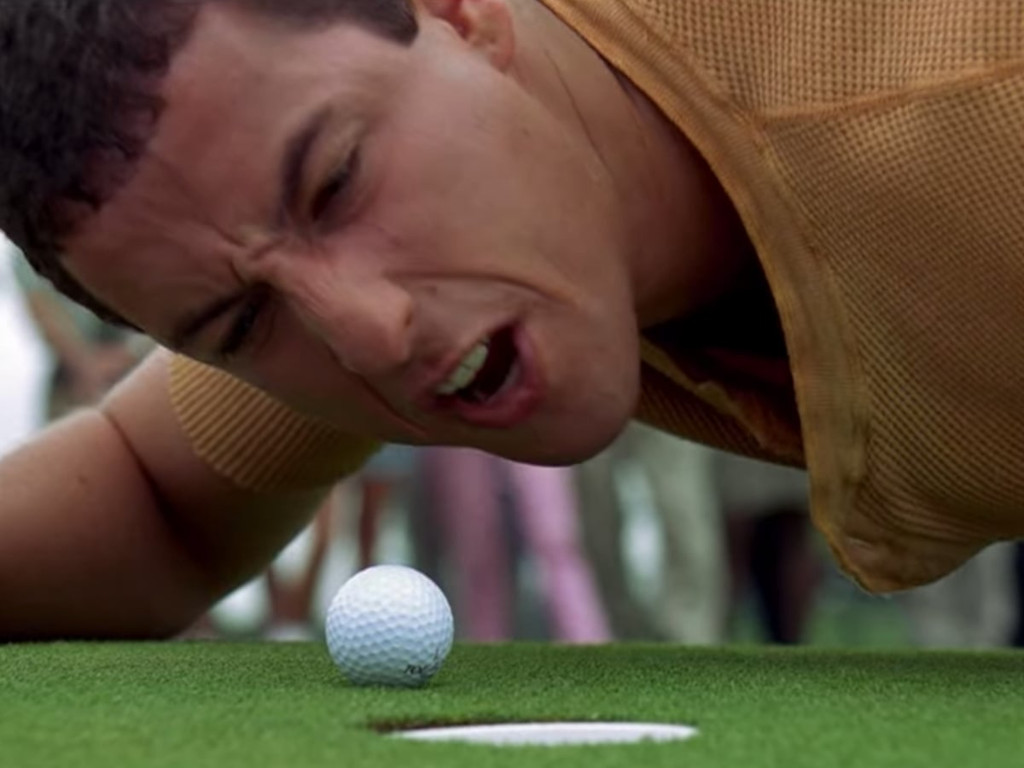 Happy Gilmore and his nemesis Shooter McGavin – also known as Adam Sandler and Christopher McDonald – have revived their legendary characters for the 25th anniversary of the famous 90s comedy.

Tuesday marked 25 years since the premiere of the cult hit where Adam Sandler played a failed ice-hockey player who becomes an unlikely golfing superstar thanks to his one-of-a-kind run-up swing.

To mark the occasion, Sandler took to Twitter to share a video of him pulling out the famous Happy Gilmore swing and calling out the character’s primary antagonist in the film – Shooter McGavin.

“OK, it’s been 25 years since I’ve done this,” Sandler said in the video. “Let’s see what happens. I’m scared. Shooter McGavin, this is for you.

After crushing his drive, Sandler added: “And I’m not lying to you, that is smashed. Smashed and that went pretty well. You’re dead, Shooter.”

The video got a lot of attention on social media, enough to elicit a response from McGavin, played by McDonald, who was happy to reignite their rivalry by showing off his short game and quoting a few iconic lines from the movie in a video of his own.

“Nice drive, Gilmore. Twenty-five years, huh? Let’s see if it’s Shooter’s tour. Check it out,” said McDonald, before holing a putt into a glass. “Money. Shooter, still got it.

“It’s all about the short game. Drive for the show, putt for the dough.

“Well, thank you to all the fans and thank you to you, Adam Sandler. And why don’t you just meet me at the ninth green at 9, Gilmore?”

Happy loves you all! Thanks for everything! pic.twitter.com/p1aY9JcFWh